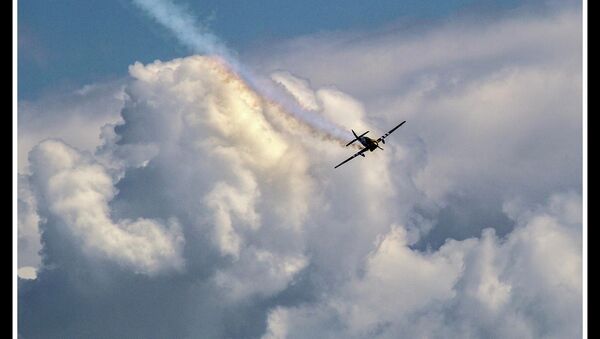 West coast residents parched by an unprecedented drought may soon be able to get some relief from record low rainfall levels, as they look to a new cloud seeding technology that implements drones to make the clouds more generous.

A Nevada Desert Research Institute team in Reno is developing a drone to stimulate precipitation.

For over 60 years piloted planes as well as ground bases have been used to spray silver iodide particles into passing clouds to squeeze more precipitation from the atmosphere, a practice which has typically resulted in about 10% more rain.

The first-of-its-kind implementation of drones will bring the seeding process to a new level, according to the Institute’s Meteorologist Jeff Tilley.

The process of the seeding itself will not drastically change, Tilley explained. Some changes will have to be made to the size of the seed flares due to the compact size of the drone versus a manned aircraft.

Planes can produce an additional one billion gallons of water for every 25 to 45 hours in flight, but manned aircraft need to stay above the clouds for safety reasons, according to FAA regulations.

"The smaller size of the drones, and the fact they are not manned, provides potential opportunities for drones to fly below cloud base and seed there as well as at cloud top," said Tilley.  “Drones can fly through the clouds and can stay aloft longer, producing even more precipitation for communities devastated by drought.”

It’s estimated that the unmanned drones could cut cloud-seeding costs in half, because they require much less fuel than manned planes and in addition to the piloting costs.

Researchers have been working on developing new cloud seeding technology that modifies the amount of precipitation in the atmosphere to combat the meteorological catastrophes in California and other Pacific states.
© Flickr / Joe Jiang

Western states have been under severe drought conditions that have led to fierce wildfires, water shortages and restrictions, and staggering agricultural losses for almost a decade.

According to a recent North American Drought Atlas study that analyzed tree rings in California, the golden state’s current record breaking drought is the worst in more than a millennium.

“The current event is the most severe drought in the last 1,200 years, with single year (2014) and accumulated moisture deficits worse than any previous continuous span of dry years…In terms of cumulative severity, it is the worst drought on record, more extreme than longer droughts,” the study said.