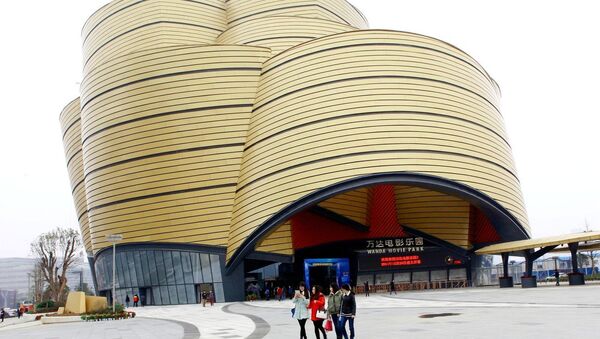 Dalian Wanda Group has opened the latest in a series of theme park and entertainment projects planned across China, which are set to rival the projects of Western entertainment companies including Disney, Dreamworks and Universal.

The complex, inaugurated by company head and Chinese property mogul Wang Jianlin over the weekend, features a 1.5 kilometer street of culture, bookended by the Wanda Movie Park on one end and the Han Show Theatre on the other. 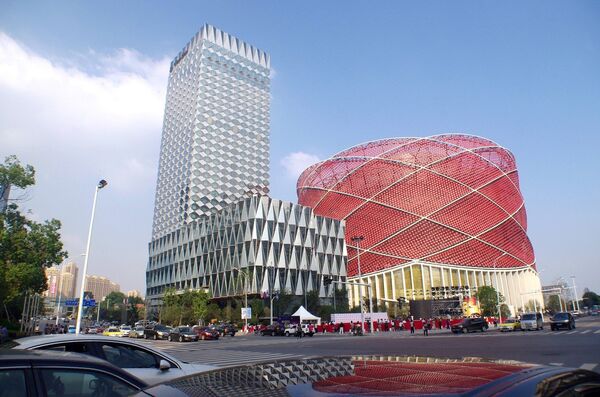 Both projects were designed the late British architect Mark Fisher, who served as the art director of the opening and closing ceremonies of the Beijing and London Olympic Games, and at the Guangzhou Asian Olympic Games, Screen Daily explained.

Wang, whose property-based Dalian Wanda conglomerate has made him one of the richest men on mainland China, has been expanding into the sphere of mass culture recently, following Chinese President Xi Jinping's urging of Chinese businessmen to "enhance Chinese culture as the country's soft power tool" as part of the "great rejuvenation of the Chinese dream," the Sydney Morning Herald explained.

Wang's ambitions plans include over $32 billion in spending on cultural and entertainment projects across China up to 2020, the South China Morning Post explained. Among them is a $9 billion "Chinese Hollywood" in the port city of Qingdao, which will feature 20 movie studios, an indoor theme park and yacht club. Plans also include multi-billion dollar theme parks in Guangzhou and Wuxi, the former set to compete with Disneyland Hong Kong and the latter with Shangai-based projects by Disney and DreamWorks. Dalian Wanda expects its entertainment and cultural division to increase its annual revenues from $4.1 billion last year to nearly $16.1 billion by 2020, the South China Morning Post explained. 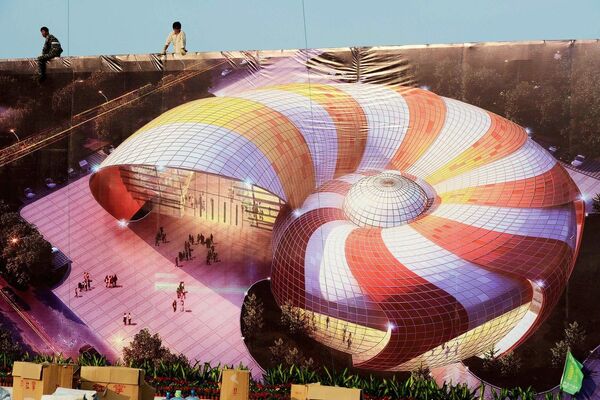 Mr. Wang Wants Chinese Mass Culture to Compete With the West at Home and Globally

At the opening of the Wuhan complex, Mr. Wang revealed the reasoning behind his company's grandiose plans in the entertainment sphere: "The reason I'm investing 50 billion yuan to build a Wanda City in Guangzhou is to compete with Hong Kong Disneyland. Many people have the stereotype that what comes from foreign countries is always better than our own." Wang noted that "once our projects are completed, you can compare our visitor numbers and sales revenue [with Disneyland]. If we can do a good job, we may go to the US to build them parks there as well."

Over the last several years, Wang's company has been expanding internationally, purchasing US theatre chain AMC Entertainment holdings in 2012, and entering into talks to purchase a stake in entertainment companies Metro-Goldwyn-Mayer and Lions Gate Entertainment. Wang has stated that he seeks to control 20 percent of the global film market by 2020.

Sydney Morning Herald journalist Philip Wen has explained that Wang's plans are part of an effort by Chinese mass culture to expand worldwide, and ultimately to rival the powerful Hollywood mass culture machine. "Much like Hollywood blockbusters and American pop culture has its extensive reach around the world, the likes of Mr. Wang aim for Chinese celebrities, film, music, and art to be instantly recognizable globally," Wen explained.