Pakistan PM Orders Inquiry Into Stay of Executions for Terrorists 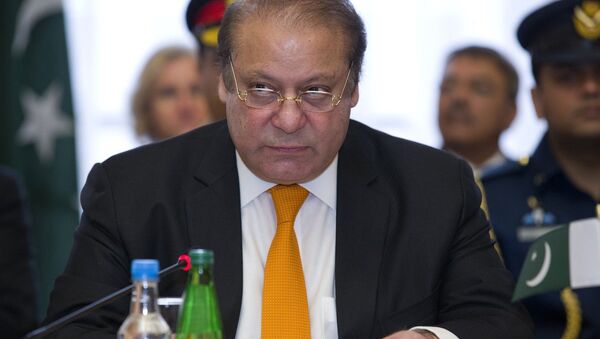 Nawaz Sharif declares that "no pardon" should be shown to men convicted on terrorism charges.

"There is no pardon for the murderers of innocent people," Sharif said, according to the news portal, which reports that the High Court in Lahore had earlier ordered the suspension of five men convicted of terrorism offenses until a response from Pakistan's federal government on January 12.

The men had been due to be executed on Monday in a jail in Lahore, after being condemned to death by a military court. Ary News says a court petition filed by relatives of the convicted stated that the five men did not have the right to appeal the verdict.

Pakistan Set to Execute 500 Convicted Terrorists in Coming Weeks
Pakistan lifted its six year death penalty moratorium after the massacre of more than 140 people, including 132 children at a school in Peshawar on December 16 by the Taliban. According to Amnesty International, the Pakistani Interior Ministry has forwarded hundreds of mercy petitions to Pakistan's President Mamnoon Hussain, and has plans to execute more than 500 people in "the coming weeks," Pakistani government officials told AFP. Amnesty warned that many Pakistan's trials do not meet international standards for fair trials.

India's Business Standard newspaper reported on Monday that legal teams for the Pakistani government were to file petitions against stays of execution, in order to complete the trial process faster. The newspaper said that the directive on Monday from the government was also prompted by a Sindh High Court decision to grant a stay of execution to two men convicted of terrorism after the families of the accused file appeals.