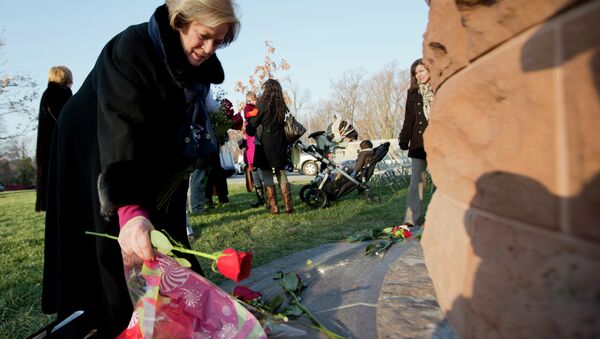 The Scottish organisation which investigates alleged miscarriages of justice, the Scottish Criminal Cases Review Commission has petitioned the Scottish High Court to seek clarification on whether the families of the Lockerbie Bombing relatives can appeal the verdict of Libyan Abdelbaset al Megrahi.

Scotland’s Interests ‘Best Served’ Within EU: SNP Spokesperson
EDINBURGH, December 22 (Sputnik), Mark Hirst – The Scottish Criminal Cases Review Commission (SCCRC) has Monday petitioned the Scottish High Court to seek clarification on whether the families of the Lockerbie Bombing relatives can appeal the verdict of Libyan Abdelbaset al Megrahi, the only man convicted in the terrorist bombing of an in-flight passenger aircraft in 1988.

"The aim of the Petition is to seek the advice of the court on whether members of the victims` families would be entitled to pursue an appeal on behalf of Mr. Megrahi if the Commission ultimately decided to refer the current application, as previous court decisions have restricted this role to executors and the "next of kin" of the convicted person," Gerard Sinclair, SCCRC's Chief Executive said in a statement.

According to Sinclair, the SCCRC has since June "proceded on the basis that Mr. Megrahi's family are involved in the present application," but the members of the Megrahi family have failed to provide any evidence in support of this position.

"The Commission has now reached the conclusion that the current application is being actively supported only by the members of the victims' families, who would no doubt be prepared to pursue an appeal if allowed to do so," Sinclair said.

On December 27, 1988, Pan Am Flight 103, en route to New York from London, was blown up over Lockerbie. The deadliest single terrorist attack in British history claimed 270 lives.

Many UK relatives of victims have long campaigned against the verdict of a special Scottish Court set up in the Netherlands that found Libyan Abdelbaset al Megrahi guilty of the attack in 2001. Megrahi repeatedly stated that he was innocent.

Megrahi was released by the Scottish Government on compassionate grounds in 2009 and returned to Libya where he subsequently died of prostate cancer in 2012. His release prompted a wave of criticism by US families and the US Government.