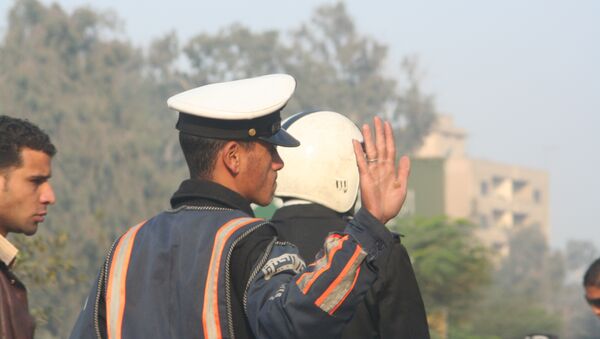 The temporary opening follows a two-month ban on crossings from Palestine.

"Egyptian authorities have formally informed the Palestinian side that the terminal will be opened in both directions on Sunday and Monday to allow stranded Palestinians to cross into Gaza," Maher Abu Sabha, the head of the Palestinian border authority, told Turkey's Anadolu Agency.

The Times of Israel reports that about 250 Palestinians as well as ambulances carrying patients have already crossed the border into Egypt, and more are expected to leave on Monday. The move from Egypt follows last month's temporary opening of the border, which allowed Palestinians stranded on the Egyptian side to return home.

Egypt closed the Rafah crossing after two attacks on October 24 from militants in the Sinai Peninsula which killed more than 30 Egyptian soldiers and wounded over 25. In the aftermath of the attack the country's National Defense Council declared a three-month state of emergency in areas close to the borders with Gaza and Israel.

Six Killed, 26 Wounded During Unrest in Egypt
The militant Islamic group Ansar Beit al-Maqdi, whose members in November posted internet statements of allegiance to the Islamic State, later claimed responsibility for the attacks. According to BBC Monitoring, some observers believe Ansar Beit al-Maqdi has links with the Muslim Brotherhood and Palestinian militant groups, including Hamas in Gaza.

An Egyptian security official told Reuters that no decision had yet been made over whether the crossing, which is Palestine's only boundary that is not with Israeli territory, would be permanently reopened. Hamas has declared it has no military presence outside Palestine, and sought to disassociate itself from violence in Egypt.