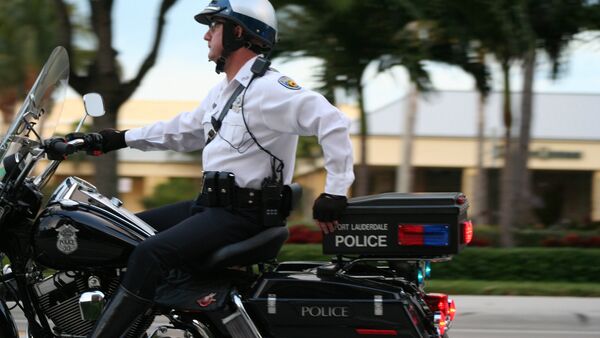 A police officer in the city of Tarpon Springs, Florida was shot and killed around 3 am Sunday; a male suspect has been placed in custody, a sheriff's spokeswoman told media.

MOSCOW, December 21 (Sputnik) - A male police officer in Tarpon Springs, Florida, about 40 kilometers northwest of Tampa, was shot and killed around 3 am Sunday morning, with a male suspect placed in custody, a sheriff’s spokeswoman told local media.

The spokeswoman did not provide the identity of the officer or the suspect, and did not offer any information as to a motive.

Police had originally been called to a residential area in the town of about 23,500 over a noise complaint, the suspect said to have been banging on the doors of homes in the area. When police arrived the suspect is said to have shot one of the officers before attempting to flee in a vehicle, which he crashed into a pole and another vehicle not far from the scene of the shooting, CBS affiliate WTSP explained.

Police are set to hold a press conference Sunday morning to provide more details on the shooting, which occurred less than 24 hours after two police officers were shot to death in New York City, in connection with civil rights protests taking place across the country over the past weeks.

People in the community of Tarpon Springs and online have shown their support for the slain police officer.