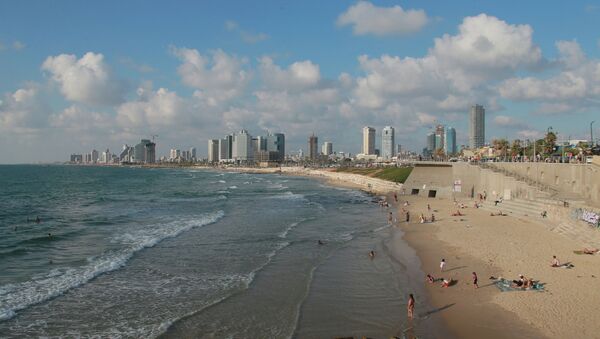 The Israeli Tourism Ministry expects annual loses worth over $150 million due to a decline in the number of Russian tourists visiting the country following the weakening of the ruble, the Haaretz reported Sunday.

Russia to Halt Ruble Slide, Increase Energy Ties With China: US Expert
MOSCOW, December 21 (Sputnik) – The ministry estimated that the country expects a 20 percent decline of tourists coming from Russia in the coming year compared to 2014, translating to annual losses of some 600 million shekel ($153 million), the newspaper said.

The ministry added that from January to November 2014, over half a million Russian tourists visited Israel, a 6 percent drop from the same period in 2013.

“At this stage, there’s uncertainty, but it’s clear that the damage is great,” Tourism Ministry director general Amir Halevy was quoted as saying by the Haaretz.

According to Halevy, the weakening of the ruble is likely to affect the influx of Russians to Israel much more than the summer war between Israel and the Palestinian Hamas faction.

Ruble's Impact on European Economy to Be Discussed at EU Summit: Source

“Operation Protective Edge [the summer war] hurt a lot of markets, but the Russian sector remained relatively stable … the [current] hit is that much more painful” Havey added.

Russia is the second largest source of foreign tourists in Israel after the United States.

According to Russian authorities, the depreciation of the ruble is a result of the fall in the global oil prices and western sanctions imposed against Moscow over its alleged interference in the situation in Ukraine. The ruble plummeted, losing over 40 percent of it value against the dollar in 2014.