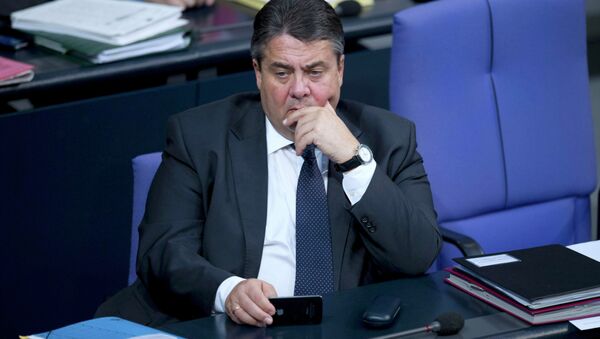 German Economy Minister Sigmar Gabriel stated that neither Germany nor Europe is interested in Russia's spiralling into economic chaos.

"At the end of the day, neither Germany nor Europe is interested in Russia's spiralling into economic chaos. Therefore, the demand to intensify the sanctions [against Russia] is wrong," Gabriel told German newspaper Tagesspiegel.

The German minister's comment came amid the recent dramatic fluctuations of the Russian ruble's value against the dollar and the euro. The decline in global oil prices as well as economic sanctions imposed on Moscow by the West are said to be among the reasons for the weakening of Russia's national currency.

Addressing the big annual press conference on December 18, Russian President Vladimir Putin said that the economic situation in the country may begin to improve as early as in the first quarter of 2015.