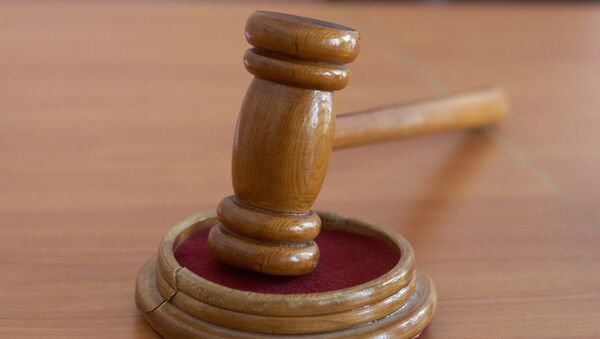 © Sputnik / Andrei Starostin
/
Go to the mediabank
Subscribe
International
India
Africa
The Middle East country lifts its moratorium on executions, having previously announced a desire to ban the practice.

"The executed were all men and had already been handed the capital punishment by the High Criminal Court and endorsed by the Court of Cassation for murders they had committed," Ziad al-Zu’abi, Interior Ministry Spokesman, told Jordanian News Agency PETRA.

The spokesman added that the executions took place at the kingdom's main correctional facility after the required legal process was completed, and in the presence of the Amman prosecutor general and other officials.

Authorities said the men had been convicted on murder charges in 2005 and 2006, according to AFP. Jordanian Interior Minister Hussein Majali had recently given an indication that the moratorium might be lifted, when he said that "the public believes that the rise in crime has been the result of the non-application" of the death penalty, and that a "major debate" is underway on the subject, the agency reports.

Jordan Deports Vulnerable Refugees to Syria: Human Rights Watch
In November The Jordan Times reported that Majali announced the establishment of a Cabinet committee to consider the issue of capital punishment, remarking that executions have been "frozen" in the country since 2007, after which dozens of people have been sentenced to death. The paper added that Jordanian King Abdullah had told an Italian newspaper in November 2005 that "we would like to modify our Penal Code. Jordan could soon become the first country in the Middle East without capital punishment."

A 2011 report from the Amman Centre for Human Rights Studies wrote that in 2006 the Jordanian government announced a reduction in the number of crimes subject to criminal punishment, from 16 to ten. According to the report, the death penalty is given in the Jordanian criminal code for crimes including murder, rape, terrorism, drug trafficking, treason and espionage, and 41 people were executed in the country since 2000.