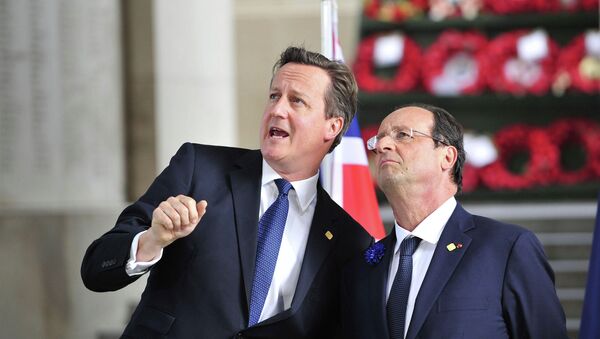 David Cameron’s timetable for European Union reform could be dealt a serious blow, after it was reported that several members could block some of the Prime Minister’s key plans to renegotiate Britain’s relationship with the EU.

Ahead of the last European Council summit of the year in Brussels, the Daily Telegraph reported on Thursday that French President Francois Hollande planned to veto Mr Cameron’s request for EU treaty changes to include a new settlement for Britain on Europe, attached to EU reforms addressing the Eurozone crisis. The paper quoted a French government source as saying “the price to keep Britain in Europe keeps getting higher and higher… We will not pay an extra price to keep the UK in the EU.”

Mr Hollande is reluctant to amend the EU treaty because he feels reform is unnecessary and would require approval in a French referendum that could turn into a vote on him. It was also reported that the French President suggested Mr Cameron’s appetite for reform is down to Tory political disarray over the rise of UKIP, the anti-EU, anti-immigration UK Independence Party, which could snap several key seats off the Conservatives at next year’s general elections.

If his Conservative party wins next May, Mr Cameron is expected to put forward demands for a “new settlement for Britain in Europe”. He has regularly declared that the Conservatives are the only party that will guarantee an in-out referendum on Britain’s membership of the EU in 2017, subject to these renegotiated terms. His proposals include stemming the flow of EU migrants coming to the UK by banning work benefits such as tax credits for four years, which he specifically conceded would require some treaty change. It is also expected that there would be proposals for an opt-out for Britain over an “ever closer union”. A new EU treaty has to be approved by every member state, either by parliament or a referendum.

Relations between Britain and France have been strained of late by the Prime Minister’s desire to renegotiate the terms of membership of the EU. A recent survey from the German Marshall Fund think-tank found that France was the only country where people wouldn’t miss Britain if it left the union.

“France also twice vetoed British membership in the EU in the 1960s, so the idea that Britain has always been a natural member of the EU has never been entrenched within the French political psyche. I think they view us as this ‘awkward partner’ that isn’t doing anything to enhance the prospects of the EU as a whole.”

But it’s not only in France where doubt has been cast over Mr Cameron’s plans to secure these changes. Poland has also waded into the debate over his plans to curb benefits paid to EU migrants coming to Britain. Writing in the Independent, Poland’s Secretary of State for European Affairs, Rafal Trzaskowski, called the proposals “discriminatory, unfair and illegal” and said that these changes were unnecessary and would mean crossing a red line. Mr Cameron is keen to garner support from Poland, an influential EU member as the biggest nation from the former Eastern Bloc to join in 2004.

Moreover, there is also uncertainty in Britain as to whether Mr Cameron could secure a reform package by the autumn of 2017. Analysts have said that, even if a successful package were to be negotiated with EU leaders, it wouldn’t be ratified by all 28 member states in time for the vote. This would mean that either the referendum would have to be delayed, or the British people would be voting on continued membership of a European Union prior to these changes being written into law.

Nevertheless, Mr Cameron wants to hold the referendum in autumn 2017, keen to address the rise in Euroscepticism which appears to have gripped so many member states. The far-left, Eurosceptic Syriza party’s popularity is soaring in Greece, while the French National Front continues to make inroads into President Hollande’s Socialist Party. Meanwhile, Beppe Grillo, leader of the Italian Eurosceptic Five Star Movement said on Thursday that he has already received 50,000 signatures for a petition demanding a referendum on Italy leaving the Eurozone.

Yet, despite this wave of anti-EU sentiment across the continent, the British Prime Minister is set to face an uphill struggle in successfully forcing through these treaty changes, which are unlikely to be welcomed by some of the union’s leading member states.