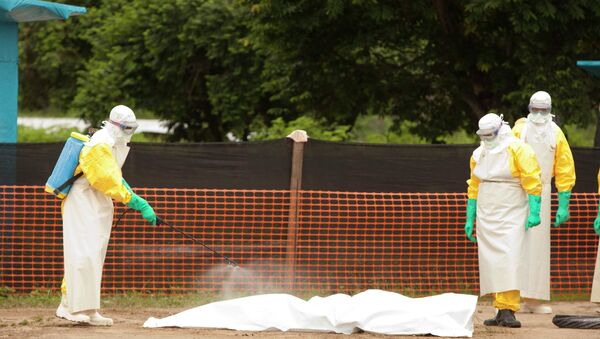 Since the outbreak of Ebola in West Africa began a year ago, 7,373 people have died, according to the latest World Health Organization (WHO) report.

The death toll from the Ebola outbreak in Guinea, Liberia and Sierra Leone has reached 7,373, according to WHO, rising with nearly 500 since the organization’s latest situation report on Wednesday.

More than 19,000 cases of confirmed, probable and suspected infection have been registered, up from 18,569, WHO informed.

1,954 #Ebola patients have recovered in our treatment centres. We have 3k+ staff in W Africa http://t.co/Own73JF9BC pic.twitter.com/024Csf3PX7

The current Ebola outbreak in West Africa began in Guinea in late 2013, soon spreading to neighboring Liberia and Sierra Leone. A number of Ebola cases have also been registered in Nigeria, Mali and Senegal.