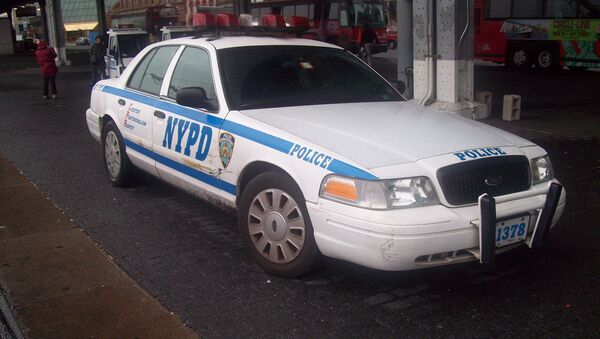 Two police officers were ambushed by an unknown assailant as they were parked on the street in the Bedford-Stuyvesant section of Brooklyn Saturday afternoon. Police pursued the suspect into a nearby subway station where he was found shot by his own gun.

Both officers — at least one of whom was shot in the head — have died. They were identified as Wenjian Liu and Rafael Ramos.

“The perp came out of the houses, walked up behind the car and lit them up,” a high-ranking police official told the Daily News.

Later the suspect could be seen being wheeled out of the Myrtle Street subway station.

Police told New York reporters that they found him there with what appeared to be self-inflicted gunshot wound. Police said he was pronounced dead on arrival at Woodhull hospital.

A motive has yet to be established but police have reportedly been bracing for violent actions against them in light of demonstrations nationwide over police brutality.

In an Instagram account believed to belong to the shooter, the owner posted that he was "Putting Wings on Pigs Today" next to a photo of a semiautomatic handgun.

Police identified the shooter as 28-year-old Ismaaiyl Brinsley who, apparently, traveled from Baltimore after shooting his ex-girlfriend. An investigation has been launched, which reportedly involves careful inspection of all social media accounts connected with the suspect to determine whether the shooting was related to "anti-police" rallies.

“We have two dead police officers, and I guess Al Sharpton got what he wanted,” Houck told CNN.

However, Reverend Shaprton tweeted out condolences for the officers' families.

The New York Times reported that an NYPD officer has not been killed in the line of duty since 2011. NYPD Commissioner Bill Bratton later called the incident an "assassination."

“Today two of New York’s finest were shot and killed with no warning, no provocation,” Bratton said. “They were, quite simply, assassinated — targeted for their uniform and for the responsibility they embraced to keep the people of this city safe.”

“When a police officer is murdered, it tears at the very foundation of our society," de Blasio said. “Our entire city was attacked by this heinous individual.”