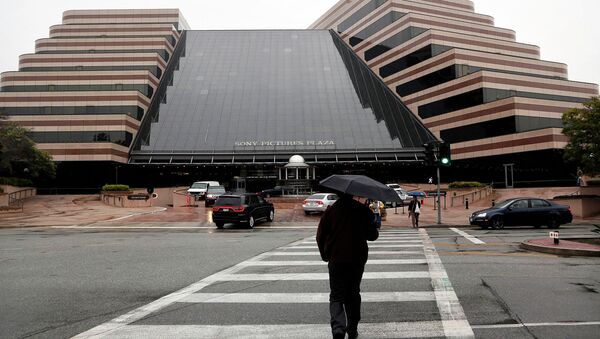 © AP Photo / Nick Ut
Subscribe
US President Barack Obama stated that the US will respond proportionally to the North Korean cyberattack on Sony Pictures Entertainment and the company had made a mistake in cancelling the premiere of "The Interview" movie amid threats from the North Korea hacker group.

US to Reveal Evidence of North Korea's Sony Cyber Attack
The United States has no indication that North Korea worked with another country on the Sony cyberattack, Obama added.

Sony Pictures Entertainment made a mistake in cancelling the premiere of "The Interview" movie amid threats from the North Korea hacker group, US President Barack Obama said.

"I am sympathetic to the concerns that they faced. Having said all that, yes I think they made a mistake," Obama said Friday, at an annual press conference.

The US president stressed that "some dictator someplace" cannot be allowed to impose censorship in the country and promised that the United States "will respond proportionally" "in a place and time and matter that we choose".

The United States has no indication that North Korea worked with another country on the Sony cyber attack, Obama added, emphasizing, however, that other cyber attacks could happen in the future and the private and public sector must work together to prevent them.

"In this interconnected digital world there are going to be opportunities for hackers to engage in assaults both against public and private sector," Obama said.

"We have to anticipate that these sorts of things will happen again," he added.

Earlier this week, Sony decided to halt the release of "The Interview", a comedy about an assassination attempt on North Korean leader Kim Jong Un. The decision came after the company was threatened by hackers, who released Sony"s e-mails, files and personal information, exposing it to lawsuits.

On Friday, the US Federal Bureau of Investigation (FBI) announced that state-backed hackers from North Korea could be the culprit in the November 24 Sony hacking scandal.