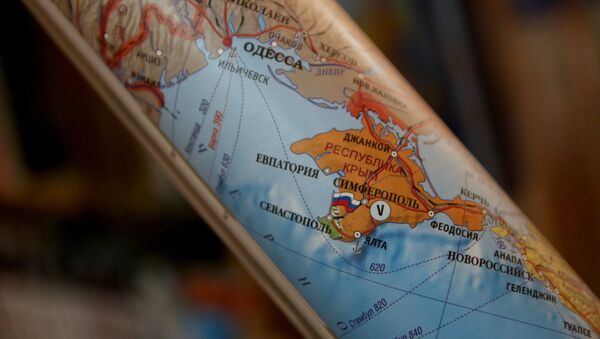 Former US ambassador to Russia Thomas Pickering commented on the Turchynov's statement on Ukrainian idea to build one of Europe’s most powerful armies and to reverse Crimea’s reunification with Russia, saying that this is a dream that could have dangerous consequences.

Moscow Reserves Right to Respond to EU Sanctions Against Crimea
WASHINGTON, December 19 (Sputnik) — Ukrainian claims on building one of Europe’s most powerful armies and reversing Crimea’s reunification with Russia are a dream that could have dangerous consequences, former US ambassador to Russia Thomas Pickering told Sputnik News Agency.

“That is a dream that leads only to war and worse,” Pickering told Sputnik Thursday of comments made by the newly appointed head of Ukraine’s National Security and Defense Council Oleksandr Turchynov. “A fair deal through Minsk process is better for both sides,” Pickering said.

EU Bans Investment, Imposes New Trade and Services Sanctions on Crimea
On Wednesday, Turchynov told the press that Ukraine “must create one of the most powerful armies in Europe.” He stated that his country’s “war will be over” only when the territory of Crimea, which voted in a March referendum to join Russia, is “freed.”

The Minsk process began in September when representatives from Russia, Ukraine, and the people’s republics of Donetsk and Luhansk met to negotiate a ceasefire in eastern Ukraine. Other elements of that negotiation are included in the Minsk protocol.