Mother Sues Police for Failing to Arrest Her Drunk Son 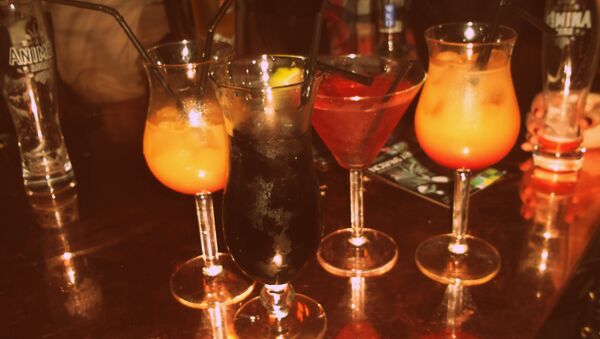 The mother of a New York man filed a $30 million lawsuit on Monday against Suffolk County for not arresting her son, who miraculously survived a DUI accident, only to get killed in a second one on the same night after his release.

Kathi Fedden says her son, Peter Fedden, died due to the police’s negligence when they did not arrest him after the first accident.

Ms. Fedden also blames Ruby Tuesday restaurant for her son’s intoxication.  Her attorney Harry Thomasson told People Magazine that “He was over-served at the bar.  He had way too much to drink.”

According to Thomasson, Peter left the restaurant with his friend, smoked marijuana, and then drove off – at 90 miles per hour — to pick up more pot, when the car crashed into a tree.

"They crashed at about 11:30 and it was horrific," says Thomasson. "They all somehow not only survived but were able to walk away from the scene."

Thomasson alleges police asked passengers if they were injured and after the two passengers indicated that they weren't hurt, they were told to "get the hell out of here.”

Peter's car was towed away and he was placed in the back of the police car and driven home.

"Anyone else would have been arrested in an instant," Thomasson says. "But Peter knew the police very well. He was so close with them that he only charged them $1 to eat anything at his deli, no matter what it cost."

The lawsuit states that Peter Fedden wasn't arrested or charged with any crime. Instead, police dropped him off in his driveway, where there were three other cars parked.

Fedden then took a set of keys and left in another automobile.

"Did they not think that these cars were deadly weapons for Peter?" Thomasson says. "They failed to protect him from himself."

A few minutes after leaving his home, just after midnight, he crashed a second time while driving recklessly, at speeds greater than 100 miles per hour.

He died from his injuries. His blood alcohol content was twice the legal limit.

The Suffolk County Police Department refused to comment and Ruby Tuesday could not be reached.