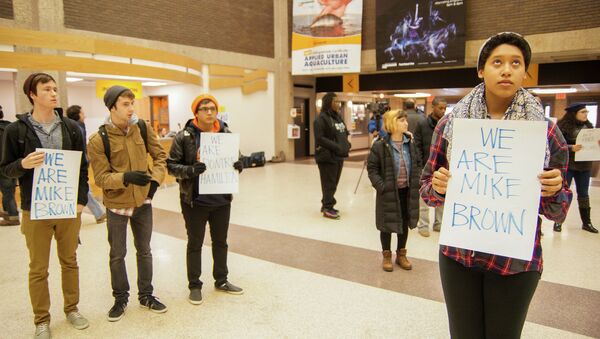 According to Bob McCulloch, the St. Louis county prosecutor who convened the grand jury case investigating the death of Mike Brown, some witnesses lied under oath.

“Clearly some were not telling the truth,” McCulloch told KTRS radio on Friday, in his first interview since the grand jury’s Nov. 24 decision not to indict officer Darren Wilson.

McCulloch defended his decision to include faulty witness testimony by saying that he decided, early on, to let anyone testify who claimed to have witnessed the shooting.

“There are other witnesses, also, who could not see what they claimed to have seen,” McColluch said. “In some cases, because it didn’t happen, and in other cases, because there might be a building between them – where they say they were – and where the events took place. But all of that was put in.”

McCulloch cites one woman who “clearly wasn’t present,” who “recounted a story right out of the newspaper,” which backs up Officer Wilson’s telling of the events.

The news could help Congresswoman Karla May, who has been endorsing a state investigation into whether the grand jury decision was “manipulated” by McCulloch. May has contacted Sen. Kurt Schaefer, chairman of a committee investigating why Gov. Jay Nixon did not use the National Guard to calm protests. May hopes that committee will expand their investigation and also look into whether McCulloch can be accused of prosecutorial misconduct.

The committee has given no indication of when their results will be announced, and there is no guarantee that McCulloch will be scrutinized as a part of the investigation.

An unarmed Brown was shot by Officer Wilson on Aug. 9 in the St. Louis suburb of Ferguson. Some witnesses reported that Brown had his hands up at the time of his killing.

The decision not to indict Darren Wilson sparked nationwide protests, which were reinvigorated after another grand jury in New York failed to indict a police officer for the death of Eric Garner.