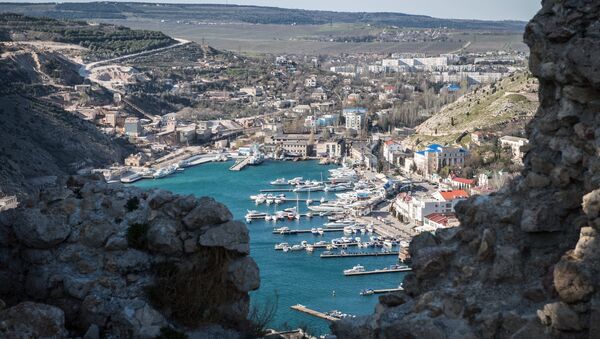 © Sputnik / Mikhail Mokrushin
/
Go to the photo bank
Subscribe
EU officials in Brussels should realize that Crimea and Sevastopol have become an unalienable part of the Russian Federation, the Russian Foreign Ministry said in a statement.

“It’s high time to EU officials in Brussels to realize that Crimea and Sevastopol have become an unalienable part of the Russian Federation. In this regard, we would like to remind the EU about our lawful right to adequately respond to its so-called restrictive measures against all Russian individuals and legal entities, without exception,” the ministry said in a statement.

“Any kind of discrimination against residents of Crimea and Sevastopol for politicized reasons is inadmissible,” the statement reads.

Earlier in the day, the European Council agreed on new sanctions targeting Crimea for its decision to rejoin Russia in March. The sanctions, to go into effect Saturday, ban financing or providing services for Crimean companies and outlaw Crimean port calls by European ships.

EU Heads Could Discuss Reduction of Sanctions Against Russia: EU Diplomat
A communique, released Thursday, also prohibits Europeans and EU-based companies from buying real estate or entities in Crimea, providing tourist services on its soil, as well as supplying the region with telecom, transport or energy-production technologies.

The 28-member bloc has been adopting sanctions against Russia and Ukraine's former Crimean republic on the Black Sea since spring, when residents of the Russian majority peninsula and its special-status city of Sevastopol voted by a landslide to leave Ukraine for Russia.

The first round of sanctions was purely political and targeted both Russian and Crimean individuals who Brussels suspected of organizing what it regards as an illegal handover. However, restrictions were tightened in July to hurt selected sectors of Crimean economy and ban goods exports from the republic without Ukraine's permission.

In August, Russia responded by slapping the European Union and several other countries that targeted it for sanctions, with a year-long embargo on a variety of food imports.