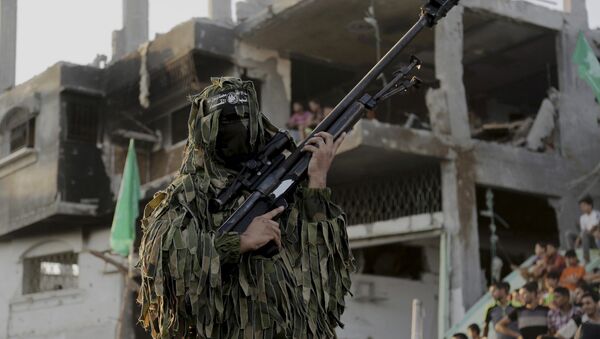 "Today's EU General Court judgment is procedural and does not mean the EU and UK have changed their position on Hamas. The effects of the EU Hamas listing, including asset freezes, remain in place," Foreign and Commonwealth Office (FCO) spokesperson said in a press statement.

The FCO reiterated that the court's decision left intact the UK's separate legislation, dating back to 2001 which named Hamas' military wing, Izz al-Dinal-Qassam Brigades, but did not list Hamas in its entirety as a terrorist organization.

Facts About Islamic Resistance Movement Hamas
"Hamas’ military wing has been proscribed in the UK since 2001 under separate UK legislation. This is not affected by today’s EU General Court judgment," the statement read.

On Wednesday, the European General Court overturned the European Council's decision to include Hamas in the EU's list of terrorist organizations. The court ruled that Hamas was placed on the list, based on "factual imputations derived from the press and the internet" as opposed to acts confirmed by competent authorities.

The spokesperson for the EU's foreign policy chief, Maya Kosyanchich, stressed that the EU continues to view Hamas as a terrorist organization, since the EGC's decision has not yet entered into force. She noted that the EU will examine a possible response in the two months and 10 days that it has to appeal the decision.

Hamas, which was founded in 1987, won a majority in the 2006 Palestinian parliamentary elections and reinforced its power in the Gaza Strip the following year by ousting its Fatah rivals.