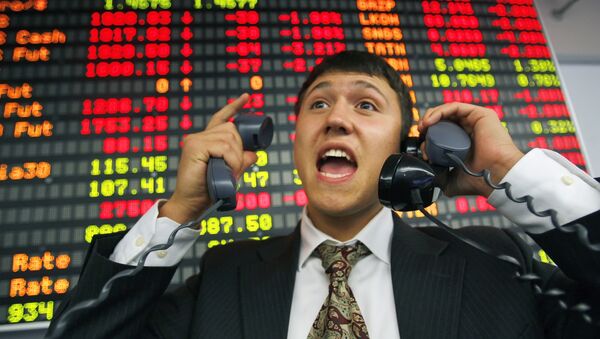 US imports in goods and services unexpectedly exceeded exports in the third quarter, the Department of Commerce announced Wednesday.

US Economy Faces 'Headwind' Challenges: White House Official
MOSCOW, December 17 (Sputnik) — The US current account deficit rose to $100.3 bln in Q3 from 98.4 bln in the previous quarter, according to a preliminary estimate of the US Department of Commerce’s Bureau of Economic Analysis. The current deficit has remained at a level of 2.3 percent of the nation’s GDP. The full statistics report is expected Friday.

The current account deficit is a measure of total transactions between America and the rest of world in goods and services, as well as investment (primary income) and current monetary transfers (secondary income).

US Economy Expands 3.9% in Q3 on Consumer Spending
The surplus in investment (primary income) rose to $59.0 bln from the previous quarter’s $54.8 bln. However, the deficit in monetary transfers bounced to $34.9 bln from the second quarter’s $22.0 bln, being the main driver of the increase in total current account deficit.

The US deficit had been on the decline during the past several quarters due to the increase in shale oil and gas production, effectively contributing to the decrease in imports. This quarter’s rise in outbound money transfers came unexpectedly, as most observers were predicting further decrease in current deficit to $97.5 bln.

The primary source for the secondary income for the United States has been fines and penalties paid to the US by foreign entities. However, in Q3 there have been far less major commercial scandals involving the US and foreign businesses, thus US secondary income fell to $27.8 bln from the second quarter’s figure of 40.1 bln.

Despite thus quarter’s mishap, America’s current deficit in anticipated to decrease further in mid-to-long term as total exports and overall economy are on the ascending trend.