Most Americans Support Torture After 9/11 Attacks

Despite public outcry over recent revelations of the CIA’s brutal handling of suspected terrorists, the majority of Americans find the Agency’s use of harsh interrogation techniques against its captives to be justified, according to a new poll.

In general, 58 percent of the more than 1000 American adults polled said the torture of suspected terrorists can be justified “often” or “sometimes.”

A separate CBS poll, also released Monday, found that 69% of Americans believe waterboarding to be a form of torture, but 49% say such tactics are sometimes justified.

The new polls come on the heels of the release of the so-called “Torture Report,” revealing the results of a Senate Intelligence Committee investigation into the CIA’s detention and interrogation program, which President Obama ended in 2009.

The report concluded that severe interrogation techniques — including waterboarding detainees, so-called “rectal feeding,” placing prisoners in stress positions and keeping them inside confinement boxes — were not an effective means of acquiring intelligence.

It debunked claims about the value of the  measures, including that they produced breakthrough intelligence in the hunt for Osama bin Laden, and dismissed such claims as exaggerated, if not utterly false — assertions that the CIA and former officers involved in the program vehemently dispute.

The report also found that more than two dozen detainees were wrongly held, that the program was poorly managed and that the CIA misled top U.S. officials about the effectiveness of the program.

“It’s not just that Americans want a system that metes out punishment, it’s that—despite our Eighth Amendment—we are accepting of the cruelest punishment. And while it’s not legal, it exists and it’s pervasive,” wrote Jamelle Bouie for Slate Magazine. 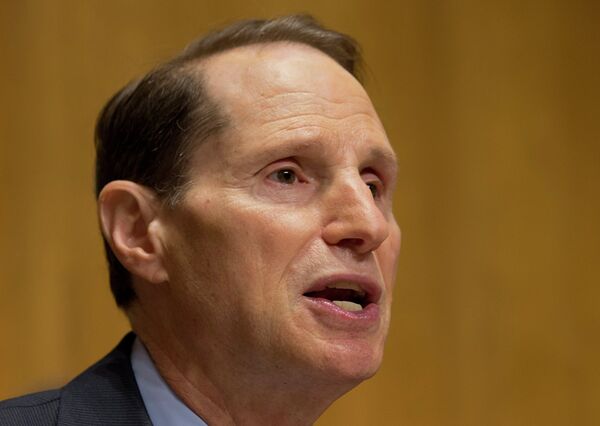 Wyden vowed to revive a 2008 bill that bans the use of “those specific techniques for all government employees, those in intelligence services included.”

“Given the fact that John Brennan opened the door last Thursday to the possibility of torture being used again, I want to close that door. And I want to do it by putting it in black letter law. The bill is going to bar the authorization and use of torture ever again,” Wyden said.