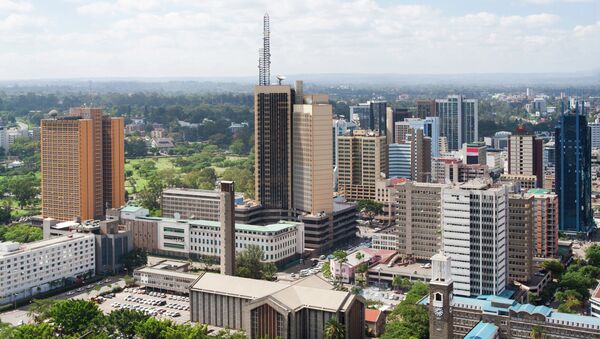 The board's Executive director noted that the NGOs concerned have been already de-registered and their bank accounts frozen.

World Bank President, UN Secretary-General to Visit Kenya Next Week: Reports
"Some NGOs have been used for criminal activities, including conduits of terrorism financing in Kenya and in the Horn of Africa," Fazul Mahamed told journalists. "In collaboration with security agencies, both locally and internationally, the board has identified these NGOs, their collaborators, sources of funding and their activities".

The board's Executive director noted that the NGOs concerned have been already de-registered and their bank accounts frozen. Some of the organizations closed by the board were involved in the bombing of the US embassy in Kenya in 1998, according to the Capital FM Kenya.

The board has also de-registered 510 NGOs that did not meet the requirements specified in the Kenyan NGOs Coordination Act.

"These organizations should know that they are committing an offense punishable under the law. The board is asking such organizations to comply with the law or face prosecution," Mahamed was quoted as saying by the Capital FM Kenya.

Kenyan authorities have also revoked the licenses of 12 NGOs including Medecins Sans Frontieres (also known as Doctors Without Borders), Technoserve Kenya and Water for Life as they failed to provide their audited reports, according to Kenya's Daily Nation newspaper.

According to the newspaper, currently there are more than 3,000 NGOs operating in the country.

Following the November terror attack near Kenya-Somalia border, Kenyan authorities have passed a controversial bill aiming to strengthen the country's counter terror capabilities. Under the legislation passed last week, the country's security agencies would be allowed to detain alleged terrorists for up to a year and to monitor their communications without court approval. The bill opposed by Kenyan human rights groups is due to be sent to the President of Kenya Uhuru Kenyatta.