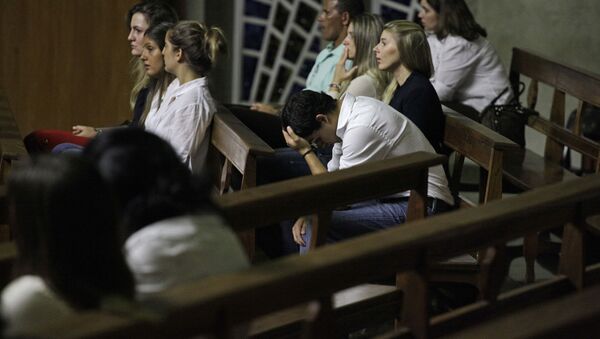 Australian police officers who assaulted Brazilian student Roberto Curti during his fatal arrest in Sydney's in 2012 have escaped a conviction.

According to the prosecutors, the actions of the police officers were excessive and went against Australian laws, AAP stated.

Curti was a 21-year-old student from Sao Paolo, Brazil. On March 18, 2012 he consumed LSD, after which he was overcome by acute psychosis and delusional behavior. The police officers pursued and tackled Curti after he stole two packets of biscuits from a convenience store, an incident incorrectly reported as an armed robbery by an eyewitness.

Curti was hit multiple times with a police Taser, handcuffed and subjected to pepper spray, after which the man stopped breathing and died.