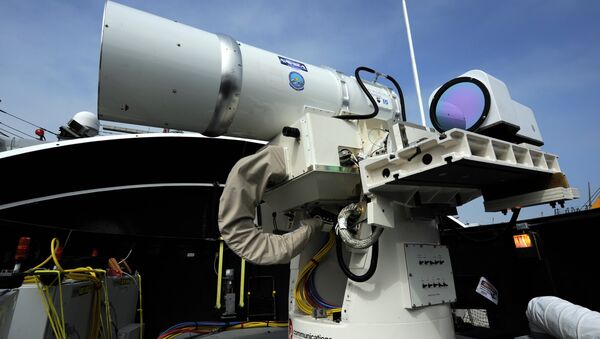 The director of the Missile Defense Agency claims that the US strengthening of missile defense capability is neither directed at Russia, nor affected by the current tensions in US-Russia relations.

WASHINGTON, December 15 (Sputnik) – The US strengthening of missile defense capability is neither directed at Russia, nor affected by the current tensions in US-Russia relations, Vice Adm. James Syring, the director of the Missile Defense Agency (MDA), said Monday.

"Our [US Missile Defense Agency] commitment is towards the limited, regional, and homeland defense threat from other nations than Russia," Syring said in a Monday speech at the Center for Strategic International Studies.

He added that the recent political disputes between Washington and Moscow have not affected the day to day work of the MDA.

Earlier on Monday, the agency's director told Sputnik that the United States planned testing against an intercontinental ballistic missile (ICBM) in 2015, with seven more tests expected until 2024, with the country striving for "more capability", "more capacity".

The United States is concluding plans to complete the installation of 14 ground-based interceptors (GBIs) by 2015, pushing the total number of US GBIs to 44. According to the MDA, the interceptors will serve as an upgrade to the US ground-based missile defense system, set up in 2004.

On June 13, 2002, the United States unilaterally withdrew from the Anti-Ballistic Missile (ABM) Treaty signed with the USSR in Moscow on May 26, 1972, that barred the signatories from deploying anti-ballistic missile systems covering the entire territory of their countries.