Over Half of Population Unhappy With S Korean President's Performance: Poll 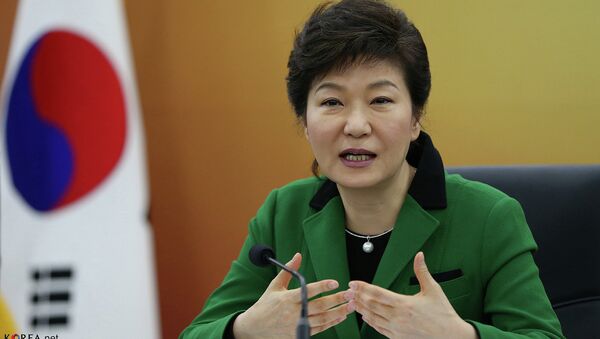 Out of 2,500 South Korean citizens interviewed by the Realmeter polling agency, only 39.7 percent of respondents approved of the job Park Geun-hye is doing as a president.

The Realmeter polling agency interviewed 2,500 South Korean citizens last Monday through Friday, finding out that only 39.7 percent of respondents approved of the job Park is doing as a president, Yonhap reported. The estimate, which has a 2 percent margin of error, is 6.6 percent lower than the figure for the week before.

Unhappiness with Park has been growing since November, when an internal document revealing that the president’s adviser Jeong Yun-hoe had been interfering in government affairs leaked to the media.

South Korean Companies Request to Lift Sanctions Against North Korea
Political competition between the president and her younger brother Ji-man is likely the reason for the leak, according to Yonhap.