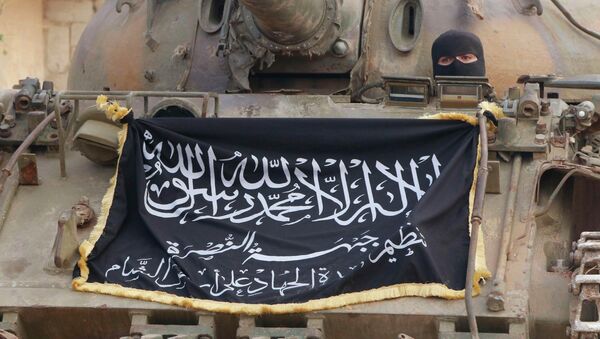 Earlier, various media sources reported that extremists are entering Syria via Turkey. However, Turkish authorities denied that this was possible.

Wadi Deif, like the Hamadiyah base close to it, has been seized by rebels several times before, though Syrian forces managed to break its siege.

Earlier on Monday, a source in the Syrian Army told Sputnik that Syrian government forces were encircling the country's northwestern city of Aleppo, currently controlled by anti-government militants.

Civil war erupted in Syria in 2011. The country's army is fighting the Islamic State, al-Nusra Front, as well as other anti-government rebel groups. Syria's internal conflict has claimed nearly 200,000 lives so far, according to UN estimates.