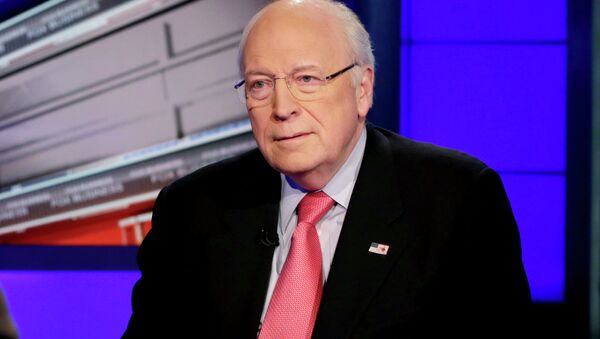 Former US Vice President Dick Cheney claims that the CIA officials revealed to have been involved in the agency's enhanced interrogation program deserve to be praised and decorated.

MOSCOW, December 15 (Sputnik) — The CIA officials revealed to have been involved in the agency's enhanced interrogation program deserve to be praised and decorated, former US Vice President Dick Cheney told NBC News on Sunday.

Despite the CIA torture report finding interrogation techniques ineffective in gaining trustworthy information or getting suspects to cooperate, the former vice president was adamant that the program was a success.

"It worked. It absolutely did work," he said, claiming that techniques such as forced rectal feeding were performed for "medical reasons."

The US Senate Intelligence Committee released a summary of a four-year investigation into the CIA interrogation techniques used on alleged al Qaeda agents shortly after the September 11 attacks between 2001 and 2006.

The report, commissioned in 2009 and containing 6,300 pages of partially declassified material, discloses such techniques used against detainees as waterboarding, forced nudity, threats of sexual assault, prolonged sleep deprivation, stress positions, mock executions and many other practices carried out in CIA "black sites" across the world. According to the report, the intelligence agency abducted and transferred suspected terrorists to these secret detention facilities.