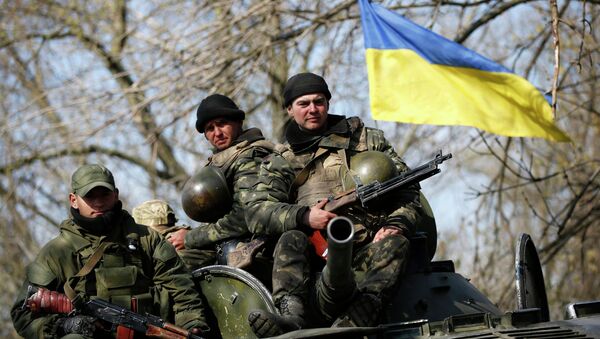 "The UK will provide reconstructive surgical treatment for up to five Ukrainian soldiers with severe injuries sustained fighting in eastern Ukraine," Hammond was quoted as saying in a press release published on the UK government’s website.

Ukraine Must Seek Real Threats to Security Within Itself: Rogozin

The soldiers will receive treatment at the Queen Elizabeth Hospital in Birmingham.

"The surgical unit at Queen Elizabeth Hospital has extensive experience and skill in treating battlefield injuries and I am pleased that we can use that expertise to rebuild the lives of those who have been severely wounded in the conflict in eastern Ukraine," Hammond was cited as saying on the website.

According to the press release, the first soldier was delivered to Birmingham this week and has already started undergoing treatment. The second soldier is expected in the UK in January.

Also in January, a surgical team from the hospital will arrive in Kiev to pick up three more wounded members of the Ukrainian military personnel for treatment.

As of December 7, the conflict in Ukraine claimed the lives of more than 4,600 people, according to the UN Office for the Coordination of Humanitarian Affairs (OCHA) estimates. The number of injured people is said to be in excess of 10,000, with over 542,000 internally displaced.