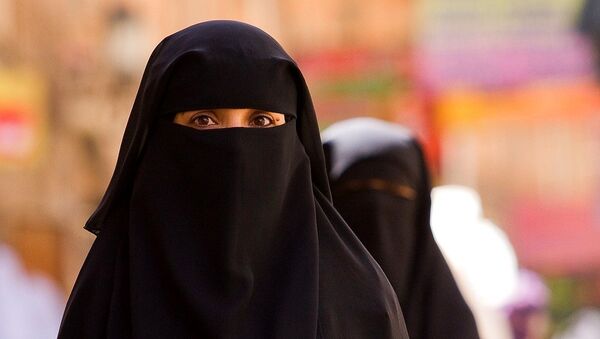 Two young Australian women travelled to the Middle East to join the Islamic State and become jihadi brides, according to The Sunday Telegraph.

“It’s a deeply disturbing phenomenon… We are now seeing examples of young women being radicalized and travelling to Syria and Iraq to take part in fighting for listed terrorists organizations,” Australia’s Foreign Minister Julie Bishop said as quoted by the newspaper.

This is the first case of Australian women travelling independently to the Middle East to join the Islamic State (IS) or other extremist groups, The Sunday Telegraph said. In April, two Austrian teenage girls fled to Syria after being radicalized at home in Vienna, according to media reports.

IS Uses Australians as ‘Cannon Fodder’ in Syria: Australian Government
Under Australian foreign fighters law, the two young women may face up to 10 years in prison for travelling to "no-go zones", controlled by the IS or other extremists, if they return to Australia.

The IS is a Sunni jihadist group that has been fighting the Syrian government since 2012. In 2014, the extremists seized large parts of Syria and the neighboring Iraq.

US intelligence and counter-terrorism officials have told The Washington Post that more than 1,000 foreign fighters are joining militants in Syria every month. According to latest UN estimates, about 15,000 foreign jihadists are currently fighting within the ranks of Islamic extremists in the region.