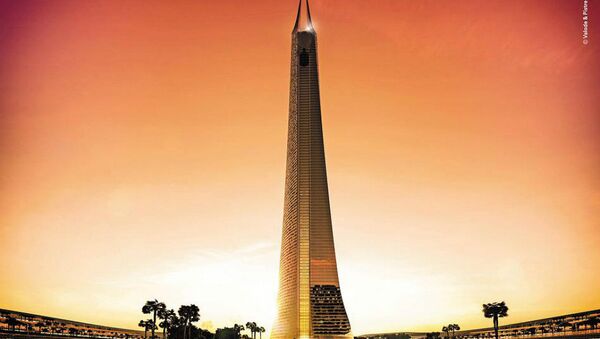 © Photo : Taken from Al Noor Tower official site
Subscribe
Saudi businessman Sheikh Tarek bin Laden is set to construct a 114-story skyscraper in Morocco, which will become the tallest building in Africa, at an estimated cost of $1 billion.

Sheikh Tarek bin Laden is the half-brother of the late Osama bin Laden; in 2008 he proposed a similarly gargantuan project to build a bridge across the Red Sea, according to the Independent.

The skyscraper will be located in Morocco’s largest city, Casablanca, and will be 540 meters tall; its height was symbolically chosen to represent Africa’s 54 sovereign states. 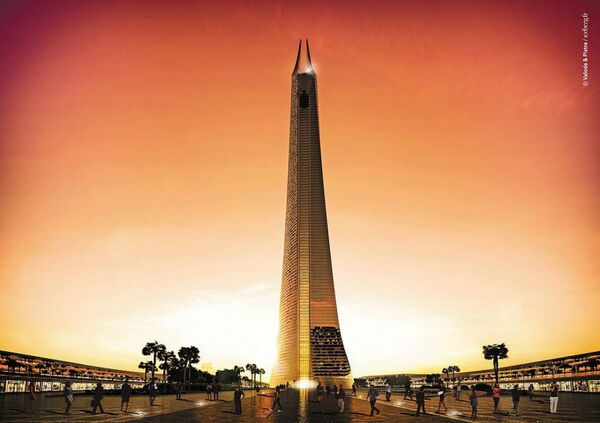 “The height of the tower is 540 meters to remind us that Africa has 54 countries. Everyone in Africa will feel part of that tower,” reads the project’s official website.

The proposed building will be more than twice as tall as the 223-meter Carlton Center in Johannesburg, a shopping center skyscraper which has been the tallest building in Africa for 41 years.

Construction is set for June, AFP quotes the project manager as saying.

“It will be Africa’s highest tower,” project manager Amede Santalo told the news agency. “We chose Morocco because it is the gateway to Africa and Europe, a modern country and politically stable,” he added.

It will have 114 floors, the number of surahs (chapters) in the Quran, and the facade will be covered with patterns representing Africa’s 1,000 languages.

The project’s working title is the “Al-Noor Tower” (Arabic for Tower of Light), but it is expected to eventually be named after current Moroccan King Mohamed VI.

The estimated cost of the project is about $1 billion.

The project, which will include a seven-star hotel, a business center and a shopping mall, is to be completed by June 2018.