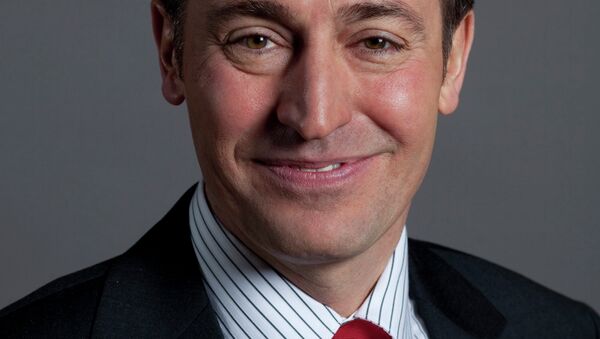 Switzerland's parliament has passed a law on Friday aimed at reducing corruption and money laundering among the over 60 international sports bodies based in the country, including FIFA and the IOC.

MOSCOW, December 13 (Sputnik) — Swiss lawmakers passed a bill on Friday which increases financial scrutiny of the more than 60 international sports bodies based in Switzerland, including FIFA and the International Olympic Committee, Agence France-Presse reports.

The new law has classified the heads of sports organizations as “politically exposed persons”, making it easier to file a legal case against them in the event that they are suspected of corruption or money laundering. The law also includes closer monitoring of “any strange movement” in bank accounts and financial assets held in Switzerland by the sports organizations.

The bill is part of a broad series of measures aimed at tightening control over the financial activities of sporting bodies after years of corruption allegations, TheLocal.ch explained. The bill was drafted based on the recommendations of the intergovernmental Financial Action Task Force.

Having passed 128-62 in the lower chamber of Switzerland’s parliament, the bill is now set to go to the Swiss government to be put on the statute books.

The reform initiative has been led by parliamentarian Roland Büchel of the Swiss People’s Party. Büchel has sought to increase government oversight over sports organizations in an effort to both improve public opinion of them at home, and the country’s reputation abroad, SwissInfo.ch explained. “Parliament didn’t want a softer law – a clear majority wanted the tough version,” Büchel said. Büchel also noted that further legislation is now being prepared aimed at making corruption in a sports organization a criminal offense. “This will be the really tough one which normally applied to officials of parliament or companies,” he said, adding that the bill is already in committee, and is set to be debated in parliament next year, the Associated Press noted.

Christian Wasserfallen of the center-right Radical Party voiced his opposition to the measures on Swiss television recently, noting that the measures could harm the country’s economy if taken too far. “I could imagine Switzerland will pass some sort of law and then FIFA will say, ‘we don’t have this problem in any other country,’ and they’ll be gone in a flash,” SwissInfo.ch quoted him as saying.

International Olympic Committee president Thomas Bach stated that he supports the new law; “the Swiss decision is in line with our current practice and we wholeheartedly welcome it,” AFP quoted him as saying.

A FIFA spokesman also voiced the organization’s official support for the measures, noting that “FIFA supports government measures for protecting the integrity of…sport and tackling corruption,” according to Swissinfo.ch.

FIFA has recently been embroiled in a corruption and bribery scandal over its decision to grant Qatar the 2022 World Cup. Last month FIFA ethics judge Hans-Joachim Eckert released a report clearing Russia and Qatar of wrong-doing in bidding for the 2018 and 2022 World Cup events. However, independent ethics investigator Michael Garcia seeks to appeal FIFA’s summary. Next week a FIFA meeting in Marrakesh, Morocco will decide on whether to publish the investigator’s full report.

Last month Russia’s Minister of Sport Vitali Mutko told the Russian media that as far as Russia was concerned, Russian officials had waged an honest campaign for the 2018 World Cup.