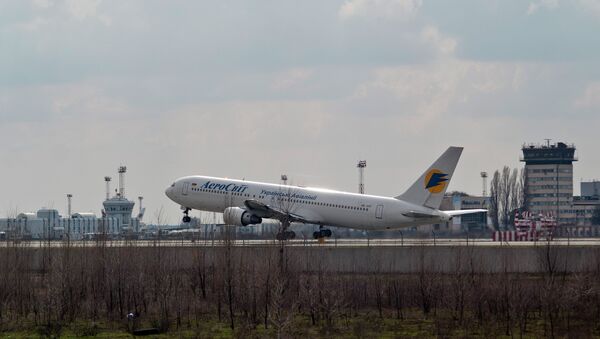 Head of Ukraine’s State Aviation Service stated that all flights to Kharkiv, Dnipropetrovsk and Zaporizhia, major cities in eastern Ukraine, are banned.

The flights to the three cities, located in the regions bordering the regions of Donetsk and Luhansk controlled by independence supporters, were suspended due “for security reasons,” Antonyuk said as quoted by Ukrainian daily Capital on Friday.

In May, all flights were suspended to the city of Donetsk. Also in May, Ukraine’s State Aviation Service stopped air communication between Moscow and Kharkiv. In December, flights between Moscow and Dnipropetrovsk were also banned.

Residents of the Donetsk and Luhansk regions in eastern Ukraine established people's republics that later declared their independence following a February coup in Kiev. In mid-April Kiev launched a military operation against independence supporters in the regions.