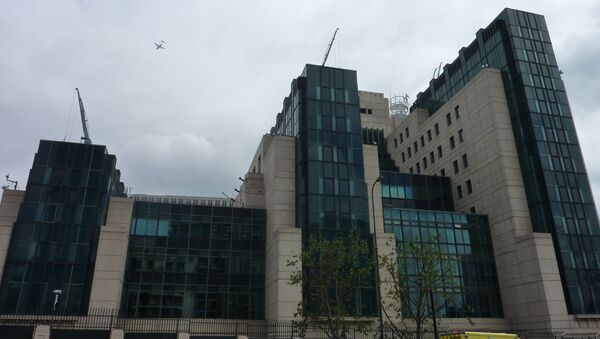 The United States’ closest ally in carrying out the global “War on Terror”, Great Britain has come under fire of the media. The UK public demands MI5 and MI6 to disclose their possible involvement in CIA interrogations.

UK Spy Chiefs Tried to Hide Involvement in CIA Torture: Reports
MOSCOW, December 12 (Sputnik) – After the CIA released a document revealing how they tortured people suspected of terrorism, British spy agencies are now under pressure to disclose information on how closely they worked with the CIA following the 9/11, the Business Standard reports.

As Britain was the United States’ closest ally in carrying out the global “War on Terror”, the British public has started to ask uncomfortable questions regarding their spy agencies’ involvement with the CIA, bringing domestic counter-intelligence and security agency MI5 and its foreign counterpart MI6 into the spotlight.

Amnesty International UK has launched an online campaign, trying to start a criminal investigation on the issue. Nearly 15,000 people signed the petition, as of today. According to Tom Davies from Amnesty International, Britain is “afraid to turn over the rock for fear of what it will find underneath”.

British media is also keen to know about possible cases of crimes against humanity conducted by the British security agencies.

The CIA torture report published this week did not mention British agencies and their involvement in brutal tactics. However, the BBC said that it was possible the British intelligence services asked their American counterparts not to mention them in their report to avoid public discontent at home.

Labor MP Diane Abbott said it was important for the British public to know what exactly had been removed from the CIA report to reveal what British government ministers had known at the time about possible mistreatment of detainees. “The US is at least trying to be honest about what went on. To their shame, the UK authorities are still trying to hide their complicity in torture. We need to know how much ministers knew. And if they didn’t know why not?” – Abbott said.