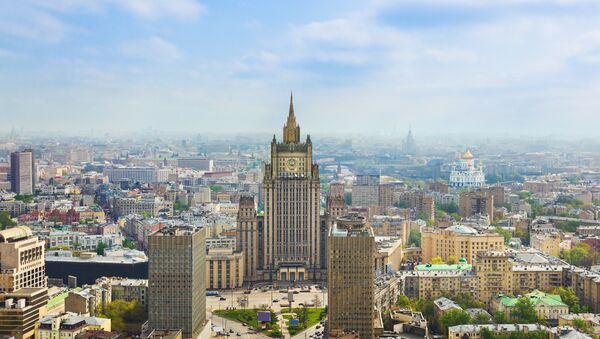 “While making such threats, the US is unable to clearly express its problem and stubbornly refuses to articulate its accusations. At the same time, they have also failed to give a proper answer to our justified and specific counter-claims,” the ministry said in a statement.

The United States and the Soviet Union signed the INF treaty on December 8, 1987. It required the destruction of ground-launched ballistic and cruise missiles with ranges between 500 and 5,500 kilometers (310 and 3,400 miles) and launchers, as well as the structures and equipment that supports their use.

US Should Reconsider Participation in INF Treaty: US Congressman
In July, Washington said Moscow had violated its obligations under the INF treaty not to possess, produce or flight-test a prohibited ground-launched cruise missile. In its turn, Russia pointed out the failure of the United States to comply with the treaty in light of Washington's plans to deploy MK 41 Vertical Launching Systems in Poland and Romania.

On Thursday, Under-Secretary for Arms Control and International Security at the US Department of State Rose Gottemoeller said Washington had been considering "potential economic measures" in response to Russia's alleged violation of the treaty.