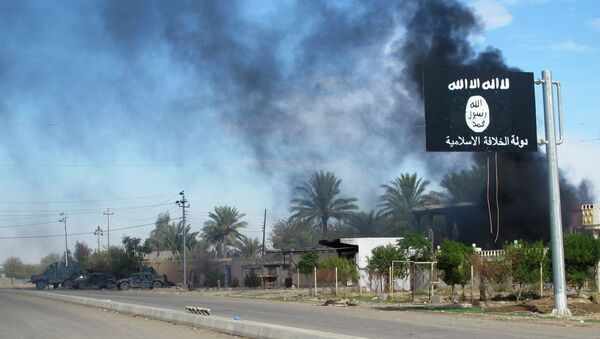 The Islamic State has reportedly tried to sell the remains of the US journalist beheaded by the radical Sunni group, James Foley, for $1 million. Militants are allegedly ready to provide DNA sample for analysis.

Islamic State Kills Over 700 Kurds in Iraq
MOSCOW, December 9 (Sputnik) – Islamic State militants have allegedly been trying to sell the remains of James Foley, the US journalist beheaded by the radical Sunni group in August, for $1 million, the International Business Times AU reports.

The group is offering to provide a DNA sample to confirm the body’s authenticity. They are willing to make the exchange with those interested in Turkey on a precondition that the money will be transferred before the deal.

“They ask for $1 million, and they will send DNA to Turkey, but they want the money first,” an anonymous source said, as quoted by the New York Post. “They will not give the DNA without the money,” the source, who wants to be a middleman in the deal, said, according to BuzzFeed, the outlet that broke the story.

The source said he was approached by one of the leaders of the Islamic State, who asked him to find a way to communicate the offer to either the US government or Foley’s family. James Foley, 40, became the first US national to be beheaded by the IS after militants seized large parts of northern Iraq in June 2014. The group later executed another US journalist, Steven Sotloff, 31, and US aid worker Peter Kassig, 26.

Islamic State Publicly Executes Man for Blasphemy in Syria
Hostage taking is a profitable business for Islamists. European governments have reportedly paid millions to free European nationals held captive by various groups. However, the United States has often reiterated that it does not negotiate with terrorists.

The Islamic State is a radical Sunni group that has been fighting the Syrian government since 2012. In June, the IS seized control of Iraq's Mosul announcing the establishment of an Islamic caliphate across territories under its control.

In early August, the US launched Operation Inherent Resolve to degrade and destroy IS. Currently, over 60 states carry out airstrikes against IS targets both on Iraqi and Syrian territory as part of the US-led efforts.