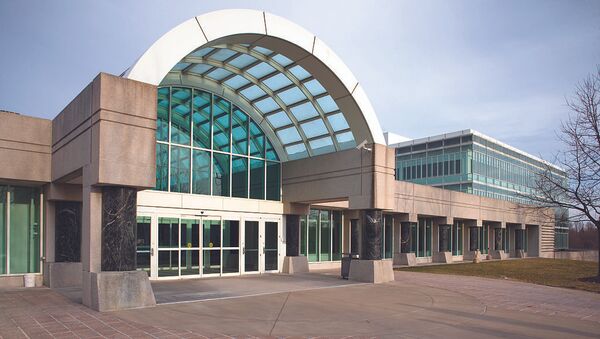 © Photo : Central Intelligence Agency
Subscribe
Russian human rights commissioner said that the CIA torture report was yet another confirmation of the systematic violations of human rights by US authorities.

"The disclosed information [about torture committed by CIA agents] is yet another confirmation of the systematic gross violations of human rights by the US authorities," Konstantin Dolgov, Russian Foreign Ministry's special representative for Human Rights, Democracy and the Rule of Law said.

According to Wednesday reports by The Guardian newspaper, there are strong indications that Poland, Romania, Lithuania and other EU allies of the United States were deeply involved in the CIA's "enhanced interrogation" program and rendered terrorist suspects to the US intelligence agency for torture.

"The fact that those inquisitional tortures were applied by CIA outside the United States does not cancel US's main responsibility for such deliberate actions. At the same time, there is an issue of those countries, and their names have been cautiously blacked out of the report, which agreed to host secret prisons on their soil," Dolgov added.

The diplomat also urged international human rights organizations to call for a full disclosure of data on the wrongdoings committed by the United States during its so-called war on terror and to ensure parties responsible are brought to justice.

CIA Torture Report: Top 10 Enhanced Interrogation Techniques
On Tuesday, the US Senate Select Intelligence Committee released a 500-page executive summary of the report, detailing its investigation into the CIA's interrogation techniques used on alleged members of al-Qaeda after the 9/11 terrorist attacks.

The full report contains 6,300 pages, describing the agency's interrogation techniques including waterboarding, threats of sexual assault, forced nudity, prolonged sleep deprivation, use of stress positions, mock executions, threats against children and family, use of power drills and many other forms of torture carried out in detention centers worldwide.

Earlier on Thursday, White House spokesperson Josh Earnest said that US President Barack Obama agreed with findings by the US Department of Justice (DOJ) that CIA officers involved in enhanced interrogation should not be prosecuted.