US Should Reconsider Participation in INF Treaty: US Congressman 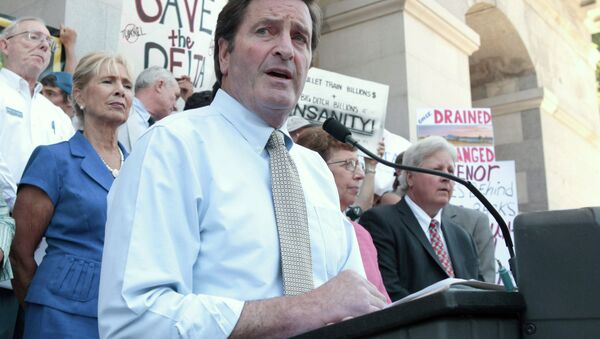 California Congressman John Garamendi agreed with the US Undersecretary of State for International Security Rose Gottemoeller in the statement that the US should remain in the Intermediate-Range Nuclear Forces treaty.

WASHINGTON, December 11 (Sputnik) — The United States should reevaluate its participation in the Intermediate-Range Nuclear Forces (INF) Treaty, since there are strong reasons not to withdraw, California Congressman John Garamendi told Sputnik.

US Considers Response to Russia’s Violation of INF Treaty: State Department
"There's a strong argument not to withdraw [from the INF Treaty], and that argument has validity," Garamendi said Wednesday. "We've got to rethink this," he added, saying he has no doubts Russia is in violation of the treaty.

The Congressman, who serves on the Armed Services Committee, recently voted in favor of a House resolution calling for a rethinking of US participation in the INF Treaty.

During testimony before the House Armed Services Subcommittee on Strategic Forces, the US Undersecretary of State for International Security Rose Gottemoeller told members of Congress that "it is in national security interest of the United States and its allies and partners to remain in INF treaty and to work to bring Russia back into full compliance with the treaty."

The United States still has other options it can pursue aside from withdrawing from the treaty with Russia, Congressman Garamendi told Sputnik.

The State Department is currently pursuing a three pronged approach to what the US views as Russian non-compliance with the INF Treaty, Gottemoeller said in her testimony. "We are continuing to pursue [this] diplomatically. We have economic countermeasures. We're also…looking at military measures that we may wish to take."

New Consultations with US on INF Treaty Issues Unlikely: Russian Foreign Ministry
Following the hearing Gottemoeller was asked by Sputnik to elaborate on those specific measures, but declined to answer.

The INF treaty was signed between the United States and the Soviet Union in 1987 and called for the destruction of ground launched ballistic and cruise missiles with ranges between 300 to 3,400 miles (482 to 5,472 kilometers). It also bans the support structures and equipment for such missiles.

Russian officials have denied allegations by the United States that they are in non-compliance with the terms of the treaty.