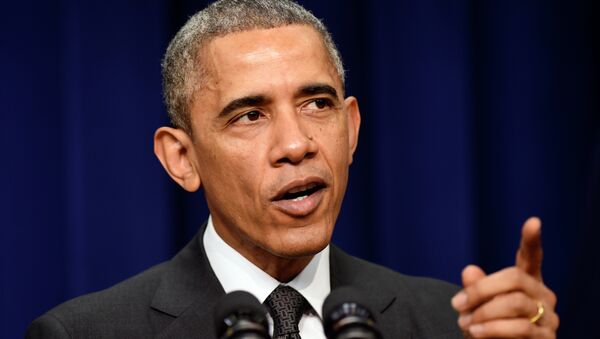 White House spokesperson Josh Earnest announced that US President Barack Obama shares the US Department of Justice decision that no prosecutable crime had been committed by the CIA officers.

WASHINGTON, December 11 (Sputnik) — US President Barack Obama agrees with the US Department of Justice (DOJ) finding that CIA officers involved in enhanced interrogation should not be prosecuted, White House spokesperson Josh Earnest said.

CIA Torture Report Sparks Global Reaction
"The president [Obama] has confidence both in this [US] justice system and in the way it was deployed in this particular situation [CIA officers investigation]," Earnest said Wednesday, when asked if Obama accepts DOJ conclusion that there are no prosecutable crimes committed by the CIA.

The US Department of Justice did their own investigation that concluded that no prosecutable crime had been committed by the CIA officers.

"There is a process in place that is administered by career professionals [DOJ prosecutors] that did what they were supposed to do. The president [Obama] believes firmly in their confidence and the system," Earnest said.

Following the release of the report, US President Barack Obama vowed not to use the methods of torture, outlined in the report during the time of his presidency.