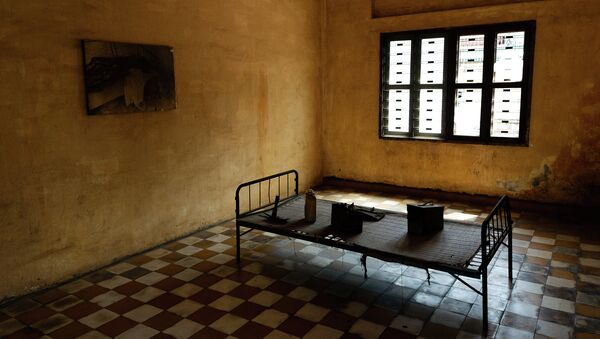 © Flickr / Damian Bere
Subscribe
The appeal was made in the light of the US reports on CIA torture techniques used since 9/11.

The request was made in the light of a recent UN resolution, blaming North Korea for its bad human rights record, and a US Senate report, revealing degrading treatment and brutal torture techniques used against Al-Qaeda suspects at Guantanamo Bay and other secret CIA prisons.

Spokesman of North Korea’s foreign ministry touched the problem of double standards, claiming that special attention to human rights problems in one country and simultaneous ignorance of brutal human rights violations in another, is confirmation of the Security Council’s ineffectiveness. The unwillingness to censure the US's brutal torture methods would assert the Council’s "miserable position" as a "tool for US arbitrary practices," foreign ministry spokesman stated.

The UN resolution calling on the UN Security Council to refer North Korea's leaders to the International Criminal Court (ICC) for severe human rights violations, the motion was introduced by a number of European countries and Japan. The resolution caused angry reaction among North Korea’s leaders, claiming that the document was politically fronted by the US and warned of hard retaliatory measures against all countries responsible for its initiation, according to the Japan Times.

"If [the Security Council] wants to discuss the human rights issue, it should […] call into question the human rights abuses rampant in the US," North Korea’s foreign ministry spokesman stated.

The Security Council is expected to hold a meeting on North Korea's human rights record in December.