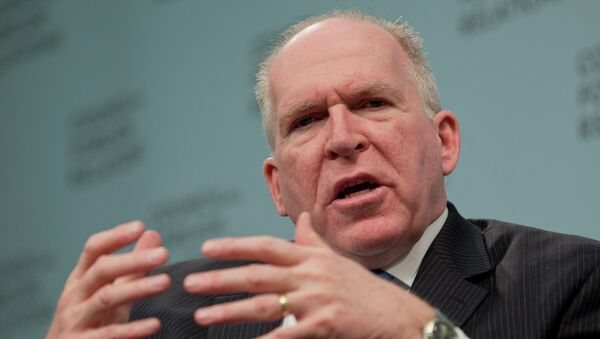 MOSCOW, December 9 (Sputnik) — CIA Director John Brennan expressed his dissatisfaction with the US Senate's Tuesday report on the agency's interrogation techniques, saying it is biased and tells only part of the truth.

Senate Report Reveals Brutal CIA Torture Practices
"The process undertaken by the Committee when investigating the [CIA interrogation] program provided an incomplete and selective picture of what occurred… No interviews were conducted of any CIA officers involved in the program, which would have provided Members [of the Committee] with valuable context and perspective surrounding these events," Brennan said.

On Tuesday, the US Senate Intelligence Committee released a 500-page summary of the detailed investigation into the CIA interrogation techniques that were used on alleged al-Qaeda agents, following the 9/11 attacks.

CIA Chief Insists Torture Did Prevent Attacks
The report indicated that many of the harsh tactics, used by the CIA, went beyond those approved by the White House and Department of Justice and were brutal and far worse than the agency presented them to the public.

According to Brennan, however, enhanced interrogation techniques helped "thwart attack plans, capture terrorists, and save lives."

"The intelligence, gained from the program was critical to our understanding of al-Qa'ida and continues to inform out counterterrorism efforts to this day," Brennan added.

The report took nearly four years to compile, and is the most comprehensive report to date examining the CIA's torture program.