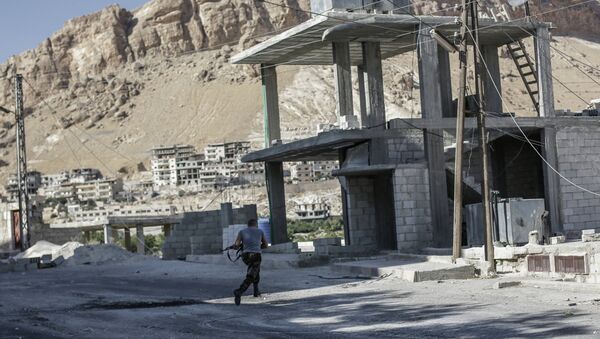 Numerous human rights watchdogs are demanding that Syria's armed opposition groups release the four prominent activists captured one year ago in the city of Douma. Authorities should also press for the release of the Douma Four, HRW urges.

HRW Calls to Stop Forcible Return of Civilians to Libya
MOSCOW, December 9 (Sputnik) — Over 50 human rights groups are calling for the release of four prominent Syrian human rights defenders on the anniversary of their abduction from a location under the control of armed opposition groups one year ago, Human Rights Watch (HRW) said Tuesday.

Razan Zaitouneh, Samira Khalil, Wael Hamada and Nazem Hammadi, dubbed the Douma Four, were taken from the office of the Violations Documentation Center, a human rights monitoring group located in Douma, Syria, on December 9, 2013. Since then the human rights defenders have not been heard of.

The human rights watchdog is urging Syria’s armed opposition groups, including the Army of Islam, which exercises de facto control over Douma, to "immediately release the four human rights defenders if they are in the groups’ custody, or work toward ensuring they are released unharmed and without delay."

HRW is also calling for governments supporting these armed groups to press for the release of the activists.