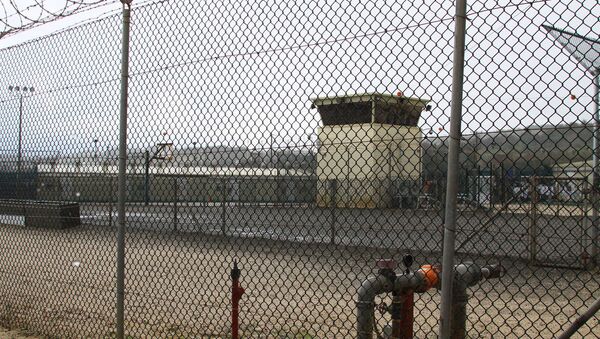 Guantanamo detainees may be treated worse in domestic US prisons than in the notorious facility, Stephen Truitt, defense attorney principally responsible for one Gitmo prisoner and assisting in three other cases, told Sputnik on Saturday.

US Releases Six Guantanamo Bay Detainees, Transfers to Uruguay: US DOD
WASHINGTON, December 6 (Sputnik) — The treatment of the Guantanamo detainees in domestic US prisons would be worse than in the notorious facility, Stephen Truitt, defense attorney principally responsible for one Guantanamo prisoner and assisting in three other cases, told Sputnik on Saturday.

"The prisoners are presently treated better in GTMO [Guantanamo Bay Naval Base] than they are likely to be if they were shipped to a domestic US facility," Truitt said, noting that a transfer to the United States would gravely degrade the daily life of the prisoners.

It is likely, he said, that such a move would lead to imprisonment under maximum security or other extreme conditions rather than the currently more favorable treatment at the base.

White House Scheme to Close Guantanamo Dangerous: US House Speaker
The lawyer claimed that the main issue of the detention facility, an indefinite detention, will continue on the US soil.
"Such a transfer would be a Pyrrhic victory in terms of the life of the prisoners although it would certainly facilitate their communication with counsel such as myself," he explained. "And such a transfer would not end the indefinite detention that is the root [of] evil of GTMO, it would simply export such detention to American soil."

Truitt stated that since US President Barack Obama took office there has been a shift from a penal colony toward a Prisoner-of-war facility.
"First, the President has foresworn any power to hold prisoners at GTMO based on his own Commander-in-Chief power, but rather relies on the Force Resolution alone," he explained. "Secondly, and very importantly, the actual treatment of most of the GTMO prisoners has changed from total oppression to something resembling Geneva Convention compliance."

The lawyer emphasized that although the Geneva compliance is far from complete, the conditions of daily life are much improved.
«This does not alter the underlying injustice, of course, of not allowing meaningful review of the basis for imprisonment," he added.

The US House of Representatives passed the National Defense Authorization Act (NDAA) for the 2015 fiscal year Thursday, authorizing $577.1 billion in funding for national defense programs. The bill prohibits the transfer of Guantanamo detainees to the United States and denies funding for any terrorist detention facilities in America.

Truitt claimed that the NDAA provisions regarding Guantanamo indicate "that fear once again has spurred Congress into banning import of GTMO prisoners even for medical treatment not available at the base". The latest NDAA also indicates that prosecutions or testimony in US courts are impaired.
He stressed that the bill amplifies the difficulties in closing the detention center, but "pressure continues to mount in favor of closure notwithstanding the latest NDAA".

There are currently 143 detainees that remain at the Guantanamo Bay prison, according to the Department of Defense.

The detention camp, located in Cuba, has been the subject of harsh criticism since its establishment in the aftermath of the 9/11 terrorist attacks on the United States. Health workers, inspectors and former detainees have described cruel and inhumane conditions at the camp, including the use of torture.