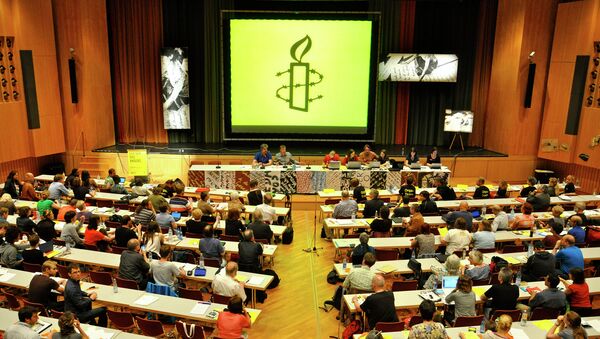 EU Should Not Allow Mediterranean to Become Cemetery for Immigrants: Pope
MOSCOW, December 5 (Sputnik) — The European Union should step up search and rescue operations for refugees and migrants trying to enter their countries via the Mediterranean Sea, the Amnesty International UK said in a report Friday.

“If the EU is serious about preventing the Mediterranean from becoming a cemetery, it must be prepared to deploy search and rescue operations all along the routes that desperate refugees and migrants are taking,” director for Europe and Central Asia at Amnesty International John Dalhuisen, was quoted as saying in the report published on the organization’s website.

The Amnesty referred to 16 dead bodies found on Thursday in a rubber boat off the coast of Libya, some 150 miles from the Italian island of Lampedusa. A total of 278 people were rescued on the same day by the Italian Navy in the Sicily Channel.

“The down-sizing of Italy’s search and rescue operation without an effective EU-wide replacement is putting the lives of hundreds of thousands at risk,” Dalhuisen said.

The Mediterranean Sea is one of the main routes for migrants fleeing conflict in Africa and the Middle East and trying to get into Europe. The United Nations estimated that 500 migrants died in the Mediterranean only in September. The total number of people who crossed the Mediterranean as of September this year stands at 165,000.