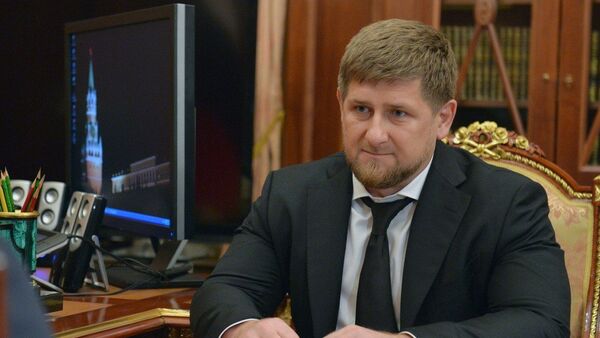 © Sputnik / Alexei Druzhinin
Subscribe
Ramzan Kadyrov, leader of Russia's North Caucasus Republic of Chechnya, said that 11 militants have been killed during a counter-terrorism operation in the republic's capital according to the latest updates.

Russia Launches Criminal Probe Into Terrorist Attack in Chechnya
"Their identities have been established, a search for accomplices is under way," Kadyrov told reporters in Grozny.

"According to the latest updates, at least 14 policemen were killed and 36 were wounded [in the shootout with militants]. Two of the wounded are in a serious condition and they will be transported for treatment in Moscow," Kadyrov added.

Security forces in the Chechen capital, Grozny, engaged in fierce gun battles with militants, who holed up in two buildings, including a school, after an attack on a traffic police checkpoint early Thursday.

Chechen President Ramzan Kadyrov claimed the militants had links to Doku Umarov, a self-styled leader of Islamist secessionists in Russia's Northern Caucasus who was killed in a special operation last year.

The brutal attack on the Chechen police came just hours before President Vladimir Putin's annual state of the nation address in Moscow, marring years of comparative calm in the region that went through two wars over the past 20 years.

UN Secretary-General Ban Ki-moon has strongly condemned the attack in a statement released late on Thursday, and offered his condolences to the people and government of Russia.