Ron Paul: US Resolution Provoking War With Russia Could Lead to Disaster 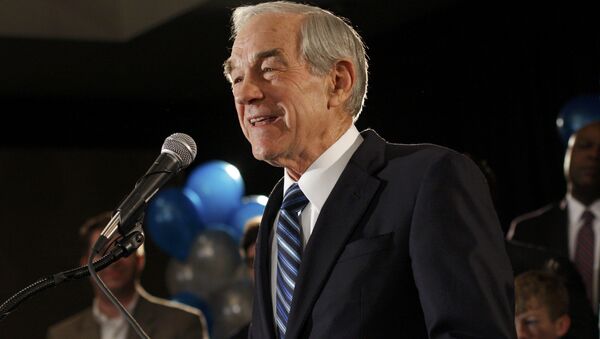 US House of Representatives Passes $577Bln Defense Policy Bill
MOSCOW, December 5 (Sputnik) — Resolution 758 passed by the US Congress on December 4 is provoking war with Russia and could be the worst piece of legislation, former Republican congressman Ron Paul said Friday.

"Today the US House passed what I consider to be one of the worst pieces of legislation ever… provoking a war with Russia that could result in total destruction!" Paul said on his Facebook page.

He said that the bill represented 16 pages of war propaganda, that was passed with only 10 votes against.

The former congressman said that, among other things, the resolution "accuses Russia of an invasion of Ukraine" but does so without any proof that could have been easily provided with satellites.

Paul went on to say that the resolution accused the people of eastern Ukraine of holding "fraudulent and illegal elections", noting that anytime elections did not produce the result the United States wanted they were called "illegal".

The resolution also, according to the politician, urged the government in Kiev to resume military operation against Ukraine's eastern regions who sought independence.

Resolution 758 also states that the Malaysia Airlines MH17 flight was downed by the independence supporters' missile, although the final report on the accident is expected only next year, with the preliminary report indicating no involvement of missiles.

US Senate to Push Legislation to Supply Ukraine With Lethal Aid: Senator
The former congressman also said that the resolution called on the US president to "provide the government of Ukraine with lethal and non-lethal defense articles, services, and training required to effectively defend its territory and sovereignty."

Relations between Moscow and Washington have deteriorated sharply with the escalation of the Ukrainian conflict in mid-April, when Kiev launched a military operation against independence supporters in the country's southeast.

The United States has accused Moscow of meddling in Ukraine's internal affairs by supporting militia in the Luhansk and Donetsk regions and imposed sanctions against Russia. Moscow has repeatedly denied its involvement in the conflict and called for a peaceful settlement to the confrontation.