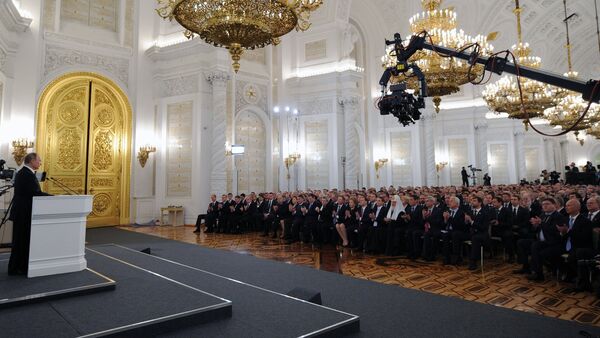 During his address to the General Assembly on Wednesday Russian President Vladimir Putin called for business inspections to become public.

"As many barriers as possible for business need to be removed, it should be freed from excessive control and oversight. All inspections [by law-enforcement and regulatory bodies] need to become public. Next year, a special register will be launched, containing the information on which [regulatory] body and why has launched an inspection and what were the results obtained," Russian President Vladimir Putin said during his annual state-of-the-nation address to the Federal Assembly.

The first address was made by Boris Yeltsin on February 24, 1994. This year, this tradition celebrates its 20th anniversary.