US State Department Disagrees With McCain’s ‘Colorful’ Remark On Hungary 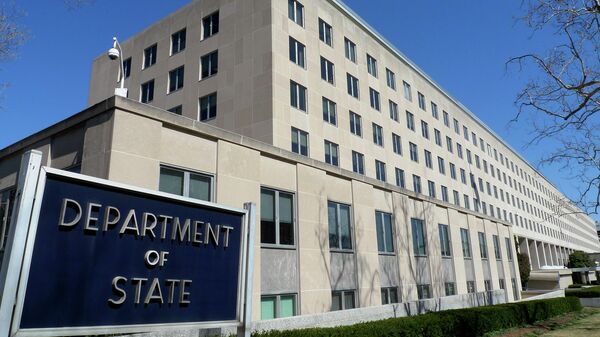 Department spokesperson Marie Harf stated that the US State Department does not share the Senator John McCain's "more colorful, which he is certainly known for" comments on the appointment of new US ambassador to Hungary Colleen Bell.

WASHINGTON, December 4 (Sputnik — The US State Department does not agree with controversial comments about the newly-appointed US ambassador to Hungary that Senator John McCain made during a speech on the Senate floor, department spokesperson Marie Harf has said.

"I think it's no surprise that there are a number of views Senator McCain has espoused that we [the State Department] don't share. As an administration I would put that in this category," Harf said Wednesday, adding that McCain's language regarding the situation in Hungary was "more colorful, which he is certainly known for".

Harf also emphasized that the United States believes that Bell will be a good ambassador.

McCain said Tuesday that Colleen Bell, a former soap opera producer, who was elected by the US Senate on the same day to represent the United States in Hungary, did not have the right qualifications to be a US ambassador in a country that was "on the verge of seceding its sovereignty to a neo-fascist dictator".

Reports in the United States said that Bell's nomination to the position of ambassador to Hungary may have been linked with Bell's assistance in raising millions of dollars for Obama's re-election campaign. However, White House Spokesperson Josh Earnest has denied the claims.