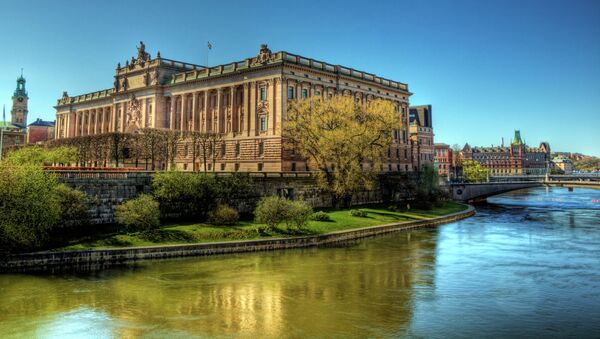 © Flickr / Neil Howard
Subscribe
The rejection of a budget proposal by the Swedish parliament can result in either snap elections or Prime Minister Stefan Lofven's resignation.

The right-wing Sweden Democrats party has rejected the minority center-left government’s budget proposal, choosing instead to back a rival budget proposed by the Alliance, a Swedish center-right political bloc, leaving the government with the minority of votes.

The move could lead to the announcement of snap elections or the government’s resignation just two months after members of the new Swedish cabinet assumed their positions. On Tuesday, Sweden’s Prime Minister Stefan Lofven vowed to resign if the Alliance’s budget wins.

Sweden's current government is made up of two parties, the Social Democrats and the environmentalist Green Party, and is backed by some 39,5 percent of seats in the parliament.

The Sweden Democrats party, known for its anti-immigration stance, currently holds 49 of the 349 seats in Sweden's parliament and is not part of any political alliance.