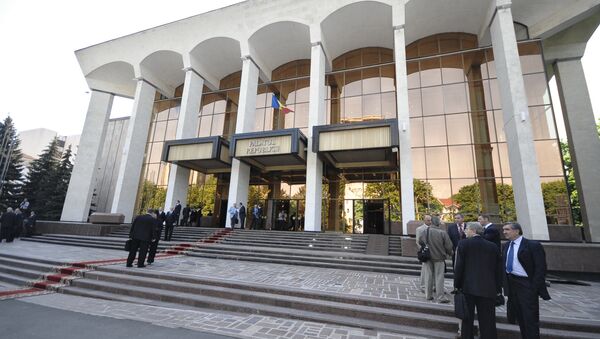 More than 20 percent voted in support of Moldova's Socialist Party in the country's parliamentary election.

The Liberal Democratic Party of Moldova, led by ex-prime minister Vlad Filat, was second with 20.16 percent, while the Communist party of former president Vladimir Voronin finished third with 17.48 percent of the vote.

The Democratic Party, chaired by ex-parliament speaker Marian Lupu, and the Liberal Party have also cleared the election threshold, garnering 15.8 and 9.67 percent of the vote, respectively.

Russian Deputy PM Calls on Moldova to Rethink EU Integration Path
On Sunday, Moldova held elections for all 101 seats in the country's parliament. Four independent candidates and 21 political parties participated in the ballot.

The vote split up the country into two distinct political camps, with the ruling pro-EU alliance of Liberal Democrats, Democrats and ex-Liberal Reformists running against pro-Russian opposition parties of Socialists and Communists who are calling for Eurasian integration.

On Tuesday, the Socialist party said it would not enter a pro-European coalition, saying it planned a referendum on joining the Russia-led Customs Union after its victory was confirmed. According to Socialist leader Igor Dodon, his party would submit a bill to parliament rejecting the Association Agreement with the European Union, signed earlier this year, and seek entry to the union of Russia, Belarus and Kazakhstan instead.