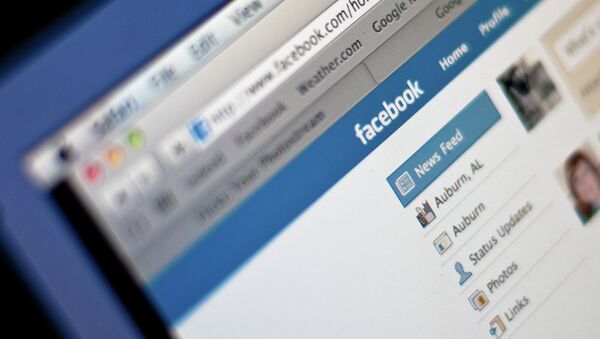 Starting next year, Facebook will track and publicly disclose its users’ locations; the announcement has triggered yet another wave of useless viral hoax privacy statements.

Ahead of the looming Facebook privacy policy update, another wave of the social networking site’s users are reposting via their Facebook accounts what they believe to be a legitimate privacy notice, believing such an action will protect the intellectual property of their photographs and posts from unauthorized use. However, once again legal advisors have said these viral notices do not change anything, hence making no sense, but rather indicating the nascent paranoia of the page owner.

Facebook to Reduce Promotional Adverts in Response to Users Requests
The hoax privacy note reads in part: “In response to the new Facebook guidelines I hereby declare that my copyright is attached to all of my personal details, illustrations, graphics, comics, paintings, photos and videos, etc. (as a result of the Berner Convention). For commercial use of the above my written consent is needed at all times!” as quoted by the Naked Security tech blog. Other variants of the statement may be easily found on the web, and, albeit different in wording and style, they all have something in common, which is that they attempt to protect what is already under copyright protection.

The new wave of the privacy hysteria was triggered by the following Facebook message: “By using our services after January 1, 2015, you agree to our updated terms, data policy, and cookies policy and to seeing improved ads based on apps and sites you use. Learn more below about these updates and how to control the ads you see.”

Facebook Launches New Anonymous Message Board App Dubbed ‘Rooms’
Under the new Terms of Service (TOS) Facebook will allow its users to track the location of their friends; all users’ locations will be tracked, Facebook claims, in order to provide them with localized targeted adverts. Legal advisers note that while Facebook’s ‘take it or leave it’ attitude towards its users is “Big-Brotherish”, “users have agreed to this by agreeing to use Facebook. The reality is that users would prefer to allow Facebook to use their data in any way than to switch to another social media platform,” said Maninder Gill of London-based Simons Muirhead & Burton, as quoted by Vice.com.

However, Facebook, by telling everybody where you are, where you eat, where you travel, where you shop and who you are with, will only disclose what they own, in particular, a user’s activity on the service. "You own all of the content and information you post on Facebook, and you can control how it is shared through your settings," as stated in the Statement of Rights and Responsibilities.

Facebook is thus becoming more intrusive in our lives, commercializing our personal data and now even our movements. The solution to the issue, therefore, is not to spread hoax statements that will have no effect, but rather to use the same ‘take it or leave it’ tactic in return. In the end, Facebook has viable alternatives from its closest competitors like Google, who is watching us anyway, but without telling the whole world where we are.