Dream Down the Drain: Wannabe Jihadist Gets Toilet Duty Instead of Holy War 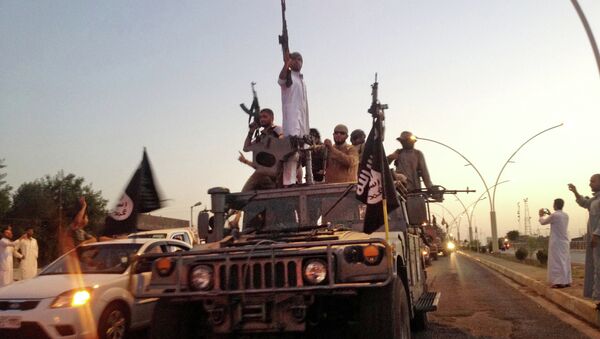 An Indian would-be ISIL recruit returned home after giving up hope of joining militants in Syria and Iraq. The young man wanted to become a jihadist, but was forced to take on much dirtier jobs – like cleaning toilets.

Areeb Majeed has been in custody since Friday. He’s been charged with terrorist affiliations after returning home from ISIL-controlled territories where he was “fighting” with infidels.

In Areeb’s case, however, the fight was mostly against dirt. He was assigned various lowly tasks that the Islamic State fighters didn’t want to do.

The youngster’s adventure started in May when he and three of his friends left their hometown near Mumbai, flew to Iraq determined to join the jihad and promptly went missing.

The four planned their one-way journey in advance: they had the contacts of the ISIL recruiters on the ground and intended to become full-fledged jihadists. But only one of them was allowed to actually fight while others were seen to be too weak to go to the frontline and were forced to become glorified housekeepers for the militants.

Majeed’s responsibilities included mostly cleaning and collecting water, but at one point he was working as a mason.

He also told India’s National Investigation Agency that the reality of joining the militants in Syria in and Iraq was far from what he was expecting: instead of following the sharia law the militants were busy butchering people and raping women.

Despite Majeed never taking part in fighting, he got shot and had to beg his commanders to let him visit a doctor.

Eventually the young man fled to Turkey, claiming he had to treat his injuries, but from there he flew to Mumbai and was quickly arrested by India’s anti-terror agency.

"Majeed was grilled for several hours when he revealed the names of the local contacts, who radicalized him and his three other friends here, and helped them fly to Iraq. We are verifying his claims and are trying to locate these local contacts", an NIA official told the Times of India newspaper.

However, the Indian student is not the only would-be recruit whose romanticized view of ISIL got shattered by the reality of living in harsh conditions and constant fighting.

A number of French jihadists who fought with the terrorists are reportedly sending home complaints about poor living conditions, odd responsibilities and, oddly enough, the inability to repair iPods in desert.

Some lawyers are even reportedly collecting documents to use in potential court hearings for these teens and their legal defense, should they ever return home. And while the lawyers may not be able to keep them out of prison, at least the ‘harsh’ treatment they complained of while with ISIL will prepare them for any jail time they may have to serve.